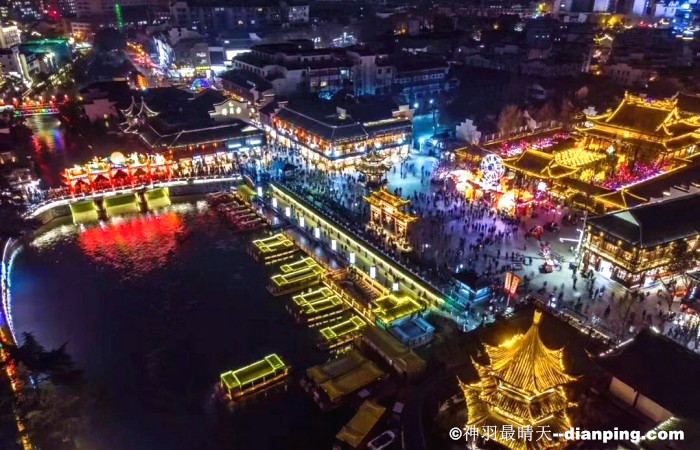 Qinhuai International Lantern Festival is  the largest lantern festival in China, which is celebrated at the end of the Chinese  New Year and is commemorated with an array of folk customs. The festival in  Nanjing is held yearly at the Confucius Temple, which is surrounded by the  famous Qinhuai River. Each year on the fifteenth day of the first lunar month,  which marks the end of the Spring Festival the Confucius Temple area is lit by a  large amount of lanterns of various colors and shapes. During the festival, hordes  of local people and visitors are drawn to the site and enjoy the festive ambiance  by wandering about the endless colorful lanterns ocean. 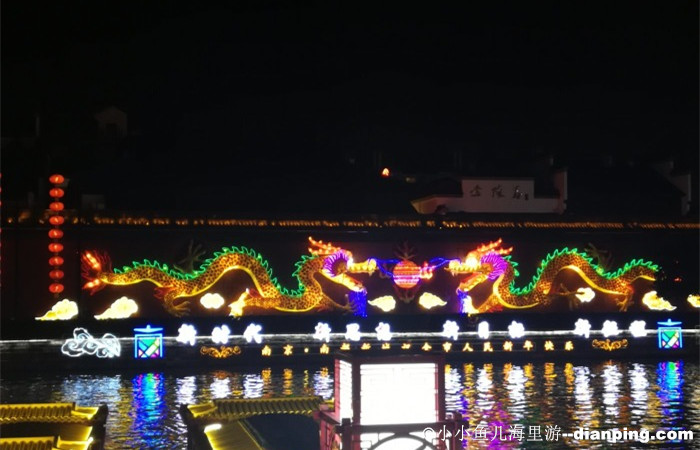 The origin of the festival can be traced back  to Eastern Wu, when the lanterns were hung by government officials and  civilians in celebration for the triumph of the army. Later by Tang Dynasty,  lantern fairs on Lantern Festival became a tradition and many professional  lantern artisans opened shops along the banks of Qinhuai River. During Northern  Song Dynasty, the tradition of writing riddles on lanterns was also formed. Nowadays  lanterns with riddles attached for passerby to guess for a prize are still very  popular during the festival. Apart from the lanterns, a lot of Nanjing folk  arts and shows are added to the highlights of the festival, including paper  cutting, carving, shadow puppet plays and even acrobatic shows.

Entrance fee to the Confucius Temple  (Fuzimiao) during the lantern festival is around 40 RMB.