Rising from the factory floor of world, Shenzhen is no longer just a manufacturers paradise; it’s a shopper’s paradise too. Everyday Hongkongers and overseas buyers stream across the border looking for deals on everything from textiles to electronic gadgetry. Flowing in the opposite direction, however, is a steady stream Mainland nouveau riche who hit Shenzhen’s gargantuan shopping malls looking for the latest foreign designs. Indeed it should be no surprise that Victoria’s Secret and Prada are but two of many international brands that operate flagship stores in the city. 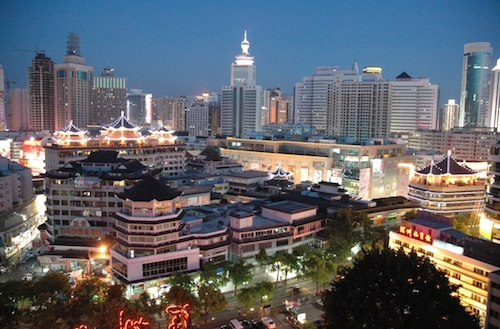 The only serious challenge is where to point your shopping cart. This depends, to a large degree, on what you’re after: cut-price cosmetics or a futuristic drone. But rest assured, whatever you want, Shenzhen almost certainly has it. You just might have to wade a little deep into the patience pool, and remember to negotiate like a Wall Street trader!

This sub-district of Futian is a mecca to tech-heads around the globe. That’s because this is arguably the largest electronics market on earth. As soon as you alight your vehicle you’ll see crowds of people hoarding a spine of shop's baring global and local brand names like Samsung and Lenovo. But street level shops are just the tip of the iceberg. Hidden from view of the street are endless backdoor malls, workshops, department stores and independent specialists. Essentially whether your phone has broken or your looking to source LDR lights for a corporate function you’re likely heading towards this warren of high-technology. Just remember to search on the Internet for some relevant addresses first, as the place can feel add intimidating to first-timers.

To get there: Huaqiang North, Huaqiang Road or Huaxin metro stations. 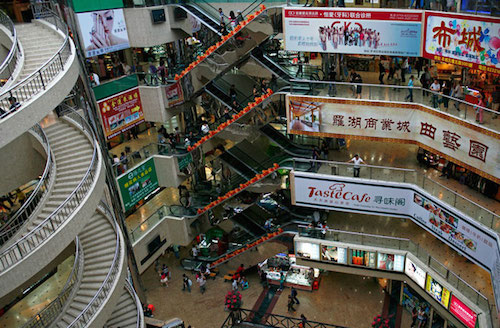 Directly across the Hong Kong border, just opposite Shenzhen Railway Station, is an unmistakeable edifice: A giant turquoise and grey shopping precinct elevated above the bus station. Known as Lo Wu Shopping Plaza to Hongkongers this old place has a reputation for replica goods. Though there have been several crackdowns in recent years to stamp out counter-fitting, faux goods can still be procured there. In many ways the Commercial City is more a market than a mall. Six stories of cupboard-sized stores hawking everything imaginable. You name it: Mona Lisas (produced en masse in the nearby Dafen Oil Painting Village), Chinese curios, children’s toys, handbags... this mercantile mansion stocks it all. Just remember to haggle hard and check the quality, as the sellers can be incredibly persuasive.

To get there: Luohu Metro Station.

More commonly known as Dongmen (the East Gate) than Laojie (Old Street) this actually marks the 300-hundred-year old commercial centre of old Bao’an County – the obscure southern town Shenzhen has supplanted over the past three and a half decades. However, except for a few black and white posters showing “Old Shenzhen” and some shop facades that retain Nationalist-era facades, you’re unlikely to find a great deal of history here, unless you count China’s oldest McDonald’s. What you will find is clothes – lots of them. Like Hua Qiang Bei brand name stores dominate street level. It’s in the labyrinthine malls that you’ll find the deals. There are literally mountains of t-shirts, sunglasses, handbags and shoes to sift through so set aside at least a day. This is also a popular snacking destination with gastronomic oddities of all varieties being vended to weary shoppers.

To get there: Laojie Metro Station.

If it’s less about the cost than the quality, and you’d prefer some air-con to electric fans, Shenzhen has shopping malls to rival Hong Kong. The MIXC (万尚城) is a vast nod to the international. Louis Vitton, Hermes, Catrtier and Gucci are but a few top brands that make their home within. The Grande Hyatt overlooks the mall and the neighbourhood is crowded with upmarket eateries.

At the other end of town over in Nanshan District the Yitian Holiday Plaza (益田假日官场) is another international shopping centre par excellence. Rolex and Burberry make their home there as well as high street brands like H&M. There’s also an ice rink, cinema and other distractions. It’s situated between several theme parks as well as luxury hotels The Westin and The Venice, making it a popular haunt with the big spenders.

To get there: (i) Grand Theatre Metro

(ii) Window of the World Metro

Getting Around the SEZ - Intro to Shenzhen's Districts Why Chinese people are so fond of karaoke? 2019 Destinations to Visit In China Shenzhen Travel Guide