Because of its marvelous natural scenery, rare foliages, endangered animals and famous legends such as the mysterious "Wild Man" (Chinese Yeti) said to be found in the mountains, Shennongjia forest zone has attracted many tourists every year, amongst them researchers and scientists. 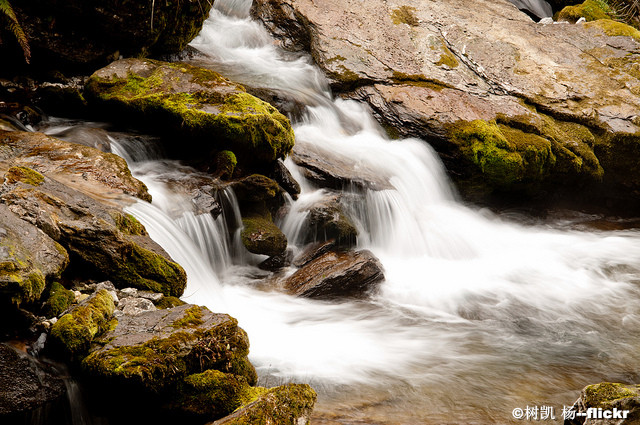 It shares its border with Chongqing Municipality in the west and Baokang County of Hubei Province in the east. With an area of 3,253 square kilometers (about 803,833 acres), Shennongjia contains four towns, four villages, one national forest park and one national natural reserve area.

Shennongjia was named after a very famous Chinese chief in prehistoric time, Shennong, also known as Yandi. He was believed to be one of the two ancestors of Chinese people (the other was Huangdi). He invented crockery, discovered herbal medicine by personally tasting herbs and taught his people how to cultivate. The Wild Man of Shennongjia is a mysterious figure as famous as Nessie and UFOs.

The records of the Wild Man appear many times in ancient Chinese books, and since the 1970s, many people have declared that they had spotted The Wild Man. It is believed by many people that The Wild Man is an ancient species just like the giant panda and the golden haired monkey. Recently, some hikers and visitors also announced their sightings of The Wild Man. But to this day, no Wild Man has yet been caught.

Shennongding Peak, the highest mountain of the scenic area, is 3105.4 meters (about 10,188 feet) high, above sea level. The lowest point, Shizhu River in southeastern Shennongjia Forest Zone, is only 398 meters (about 1,306 feet) high, above sea level. Visitors can enjoy witnessing the different beauties of the four seasons at different altitudes. Flowers blossom out at every corner; firs, spruces, dove trees, and many rare trees can be seen everywhere. Virgin forests, clear streams and grand waterfalls in the thousands of canyons beckon visitors to indulge in the wild nature. Peculiar caves also often amaze visitors.

It's a treasure cove of wildlife renowned since Emperor Shennong, who visited the mountains searching for herbs and using a ladder to collect some of the most precious ones from the rocks. The most peculiar species founded in the forest zone are certainly the "white animals".

The first albino animal spotted in the scenic area was a white bear, which looks like a giant panda in white skin. White monkeys, white roes, white deer, white squirrels, white snakes, white crows and even white toads have also been gradually discovered by scientists. Aside from the endangered animals, Shennongjia is a natural garden for herbal medicines as well. More than two thousand kinds of precious herbs, such as Jiaogulan (gynostemma pentaphyllum, which is as efficient as ginseng), actinidia, muskiness, fritillaria, Chinese angelica and etc., can be easily found in the Shennongjia Forest Zone.

Without a doubt, the Shennongjia Forest Zone is an attraction teeming with virgin scenery and folk legends, awaiting the enjoyment and excitement of casual tourists and researchers alike.