In 2008 Shenzhen was appointed as UNESCO City of Design. What does that entail exactly? Well, the city was once seen as Hong Kong’s workshop – a hive of grubby factories where migrants pieced together consumer items bound for world markets – wanted to update its ID. Juts as Shenzhen pioneered open-market policies way back in the 1980s when China had just opened up, so too would it remain on the cutting edge of the next stage of economic development, namely innovation.

And just as the fishing-village-turned-megacity dazzled all manufacturing expectations, a maturing Shenzhen is reshaping domestic and world markets from the other end of the production line. As of 2015, the city counted more than 6,000 design firms, which accounted for 100,000 employees, creating a yearly output of approximately 1.54 billion USD. Now that’s more than pocket change! Furthermore, some 30,000 designers work for over 800 local fashion brands based in the new city by the sea. Indeed, when we consider some of the country’s top firms are headquartered in Shenzhen, including tech giants Huawei, software developers Tencent, and electric car and battery makers BYD, one gets a real sense of how the city earned the nickname “China’s silicon valley.”

It is fair to say designers in Shenzhen cultivate various fields of the commercial crop including animation, architecture, interior décor, high-tech and product design. With its young, upwardly mobile population the capacity for innovation is boundless. It is perhaps no surprise that an average of 40,000 patents are granted to Shenzhen enterprises annually, half of which are related to the design industry.

Nowadays any aspiring programmer, fashionista, animator or eco-innovator from China heads south in search of opportunities. Shenzhen is even luring its fair share of foreigners who are employed in designing everything from home furnishings to computer games. Plus, with its enormous port facilities (the world’s third largest behind Singapore and Shanghai) Shenzhen is equally equipped to ship its designs to the world.

So where are the design hubs, when are the industry get-togethers and how might you sample the culture of creativity that informs the Deep South? What follows are some places you should definitely check out. 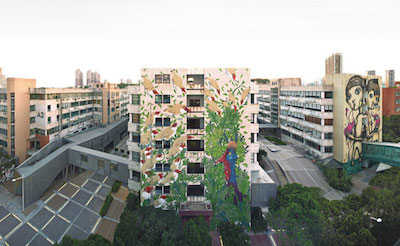 Not far from Window of the World theme park, the OCT Loft is Shenzhen’s core design neighborhood. This remodeled industrial park now houses hundreds of design firms while on the ground-floor artsy bars, trendy restaurants and cool shops vend the latest kitchy innovations. Even the Starbucks has been specially molded to fit the hip verve of the place. Here you’ll find Shenzhen’s design elite, catching a jazz show at Penny Black Café or dousing German beers in Idutang. There are regular exhibitions held in several OCT galleries to boot, ensuring Shenzhen’s creative minds will share their future visions in some corner of the Loft or another.

Down in the old expat hub along the Shekou peninsula what had once been a Sanyo Factory is now remodeled as the design hub Nanhai E-Cool. Vigorously promoted by the Nanshan District Government Nanhai E-cool has gathered more than 120 creative and cultural enterprises, as well as more than 50 voguish shops, restaurants, bars, and cafés. These are around 4,000 designers based in on the block working in every field, from landscape design to fashion photography. The creative hub also benefits from being just a stone's throw from the Hong Kong ferry terminal, which means good ideas can arrive and depart with international levels of efficiency. Furthermore, as of 2017, the nearby Dacheng Flour Factory has been remodeled by China Merchants Bank, who originally redeveloped China E-Cool, to become a museum in partnership with Britain’s V&A.

Shenzhen’s calendar gets more-and-more crowded with trade shows and design shindigs with each year that passes. You’d best check the local media for what’s up next. But what you certainly shouldn’t miss is the Shenzhen-Hong Kong Bi-City Biennale of Urbanism and Architecture. Aiming to bring the talents of the two neighbors together twice a year, both cities are awash with talks, presentations, and gatherings during the Biennale period.

For industry trade fairs the Shenzhen Exhibition Centre located right in the heart of downtown Futian is ever full of concept cars, catwalk models or the latest mod cons. It’s ground zero for those seeking to source the latest goods the city of design has to offer.