Superficially Shenzhen might look like an urban jungle, its lofty new skyscrapers garnering more attention than its parks. But in reality, the new city cuts its way through sultry Guangdong province where subtropical flora shades the boulevards and frames the public gardens. 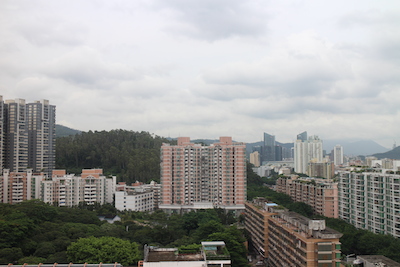 Indeed, should you find yourself in the Overseas Chinese Town, with its meandering streets flanked by towering palms and banyan trees knotted in vines and roots, you’d be forgiven for assuming you strayed into a southern village. This is because development has been so rapid many neighbourhoods assume the leafy character of the country towns they supplanted but decades ago. Conversely, the construction of a metropolis largely from scratch has enabled town-planners to allocate serious space for recreational use. With much of Shenzhen’s eastern periphery still a patchwork of fishing hamlets, fruit plantations and forest enshrouded hills, any visitor to the metropolis can escape the traffic and towers, should he or she desire. The only question, then, should be, which green enclave to frequent. 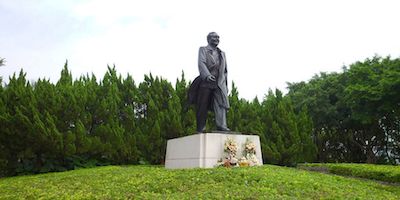 About 3km or so north of the Hong Kong border, just north of the CBD, you’ll find Lianhua Shan. The park is home to some beautiful gardens and is thus one of the key spaces to see locals enjoying some downtime, kite flying, practicing tai chi or singing revolutionary songs. The verdant mountain is more a hill than a mountain per se but still affords visitors an enjoyable walk, not to mention some fine city vistas. At the summit there’s a giant bronze statue of the city’s adopted father, the economic reformer Deng Xiaoping, looking bullishly across the cityscape. In many ways, it’s the must-get Shenzhen snap, the potent image of the leader looking stridently towards China’s metropolitan, market-orientated future.

Just north of Shenzhen Museum Lizhi’s Park is one of Futian’s best open spaces. Another image of Deng Xiaoping, this time on a giant billboard, greets visitors at the entrance gate. Inside there’s fun boating on a lovely lake traversed by an evocative arched moon bridge. 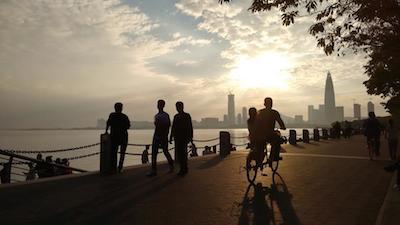 This 13-kilometre stretch of reclaimed land on Shenzhen’s southern periphery offers urbanites a fresh blast of sea air. Following the coastlines of both Nanshan and Futian districts, this ecological walkway connects Shenzhen Bay with the mangrove nature reserve and offers an enticing chance to see some rare avian life that makes the region its home, notably the black-faced spoonbill. There are also some fine views of the New Territories of Hong Kong just across the water.

Covering an area of 660,000-square-metres this popular tourist attraction comprises several themed gardens and flower expositions that are designed to be educational as well as attractive. Inside you’ll find a butterfly garden, Hakka customs expo, a dinosaur exhibition hall and Japanese court, to name but a few of the displays on show. Overlooking the gardens is the Futa, a classical-style pagoda that has become quite an icon in Shenzhen as it is illuminated at night.

Over in Luohu district, this large green space at the foot of Luohu Reservoir offers the quintessential escape from the urban humdrum. With bicycle lanes crawling up to nearby Wutong Mountain, badminton courts, a leisure center and host of tree-enshrouded lakes, streams and flower gardens, the park has become a magnet for courting couples and those simply looking to get away from it all. The only downside is the legions of newlyweds who descend on the park on weekends to get their wedding photos, occupying all the best spots. 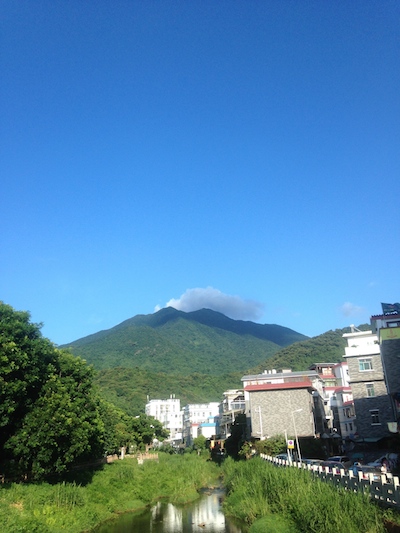 A protected national park this is the city’s de facto urban lung, a soaring, forest-coated peak, and the highest mountain in the delta region. Located between the districts of Luohu and Yantian this vast forest coated sanctuary is home numerous bird species and is bisected by hiking paths that crisscross rivers and streams. But be warned, this is no walk in the woods, especially when contending with summer heat and periodic tropical downpours. It can take several hours to reach the top so pack a lunch and arrive early.

The sprawling district of Bao’an might be synonymous with manufacturing sprawl but bring your boots anyway because here too there is a sizable hike to enjoy. The source of several rivers and lakes, at 587 meters above sea level, Mount Yangtai offers a challenging walk, if decidedly less so than mighty Wutong. It is also significantly less busy than other green zones in Shenzhen, ideal should you wish to avoid the crowds. 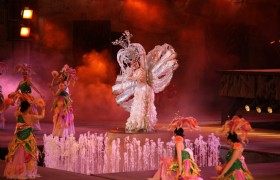 With the policy of Reform and Opening-up, Shenzhen is most rapidly-developed city in China... 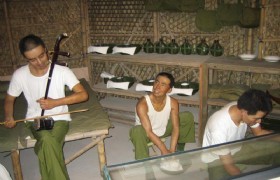 Shenzhen, once a little fishing village, now become a real megacity. This tour will hel...