Shenzhen Secret Places You have to Visit

Walking around downtown, Nanshan, Luohu or Futian – where mega-malls jostle for space with gravity defying towers – you’d be forgiven for wondering where you were on planet earth. This is ground zero in the age of globalization, where every brand, chain and faux equivalent is available for a seemingly endless parade of hungry consumers. 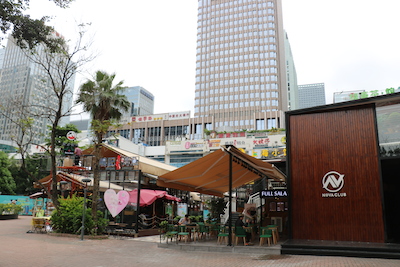 This new, well-planned city is divided into easy to navigate blocks connected by six-lane boulevards and an excellent metro system. Shenzhen, therefore, might not be the ideal orchard for the cultivation of backstreet bars, confidential cafés or clandestine galleries. But flourish they do, on hillsides, along with the coast, and in older parts of the city yet to confront the wrecking-ball. You just have to don your Sherlock Holmes hat and seek them out. 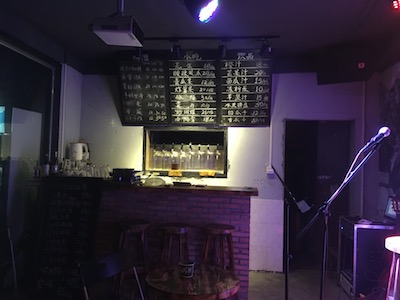 Indeed, if your idea of an urban experience is to not experience the city in the claustrophobic confines of an air-conditioned McMall, Shenzhen has a plethora of hidden haunts to explore.

Here’s a taster of what lies just off the beaten path:

La Casa was a foreigner mainstay in Shenzhen – a Canadian-run place where “everybody knows your name,” you could simple order “the usual” and wait to do your turn on Sunday’s renowned open-mic night. The place folded due to commercial pressures from its mercantile surrounds in 2016, but the La Casa team have rallied with Bella Pizza. Located in Xinzhou Village, Bella Pizza shows none of the growing pains of a new business. These veterans of the f&b trade know what they're doing. Additionally, trivia nights, networking events and live music means this hard-to-find Futian venue has become the home-away-from-home for more than a few Shenzhen expats.

Shenzhen joined the craft beer revolution late but is catching up with a menu of marvelous taprooms. Some, of course, gravitate towards the white-collar crowd pouring expensive novelty beers for yuppie drinkers. But down the lanes and in the urban villages, you’ll find some real hidden gems. In Shuiwei urban village near the Hong Kong border Craft Head is a community bar and tap house run by a dedicated New Zealand brewer while in Baishizhou, another urban village, Peko and Bionic Brew fly the craft flag high. The former does a great cider while the later is the organizer of Shenzhen’s annual beer festival

Shenzhen also has a great café culture, especially in the OCT Loft where stalwarts like Donkey Café and Old Heaven Books have long held the bar high. For our money, take a sweet treat at Lu Patisserie – a French bakery with an amazing choice of confectionaries and delicacies including mango cheesecake, tiramisu and Shenzhen’s best creme brulee.

Away in the Hills 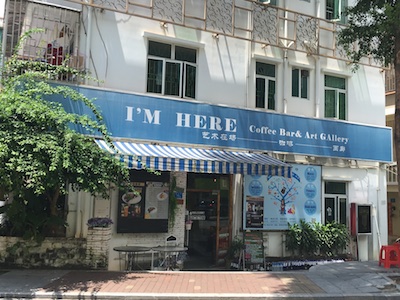 At the foot of Wutong Mountain – a popular hiking spot in Luohu district – a chaotic and colorful village is home to a spattering of creative types. They have informed a vibrant café and bar culture here. Of note, I’m Here is a coffee shop right in the middle of town which offers a good place to meet people and navigate the mountainside from. The café has live music at night.

About two hundred meters away towards the mountain gate is one of many vegan restaurants catering to the sizable Buddhist community that lives on the mountain. The food is organic, locally sourced and you can eat as much as you like for a set price.  Deeper into town, a hard-to-find riverside brewery called Little Mill serves-up made-in-Shenzhen craft stout, lager and ale. Opened each night after 6pm by Guangxi born brew-master Michael Mo, they place is a fine place to unwind after a hard days hike. Over in Kengbei Village, Annie’s Guesthouse is a fine place to put down your head in Wutong Town, with rural-style boutique rooms decorated by the owner herself. 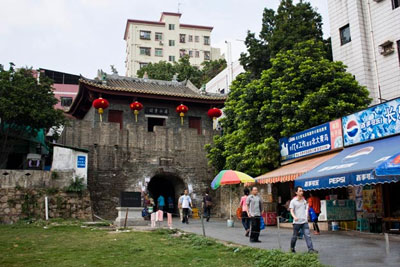 Shenzhen is an ostensibly modern place, but there are also some ancient sites to take in. In Nanshan, the Nantou Ancient Town is all that remains of the city of Bao’an that once oversaw the imperial salt trade along the Maritime Silk Road a thousand years ago. The city walls survive as well as a warren of time-honored alleys, ancestral shrines and, of course, knickknack stores.

Way out east the Dapeng Fortress is a Hakka barracks built in the Ming Dynasty to defend the area from pirates. This ancient walled town is still home a to a sizable community of Hakka fisher-people, as well as museums, heritage sites, and some quality guesthouses.