So far, people who have seen the show all love it and say it is more spectacular than any other shows they have ever  seen. So what’s so great about the show? 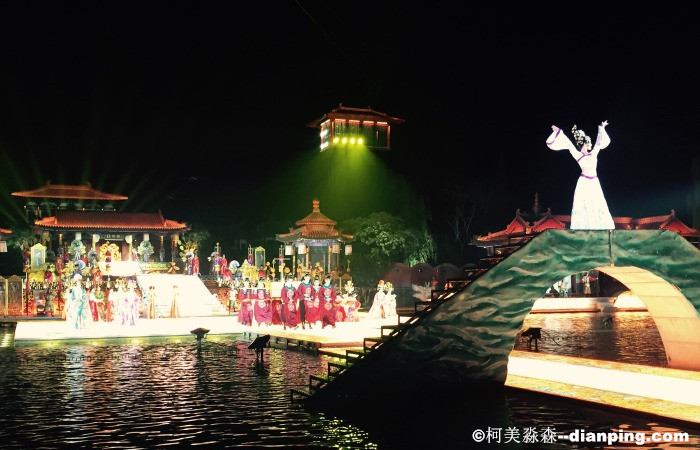 The show is based on a Chinese poem called “Song  of Everlasting Sorrow” (Chang Hen Ge) which recounts the romantic yet tragic  love story of Emperor Xuanzhong and his favorite concubine Yang Guifei in the  Tang Dynasty (618-907). This dancing and music extravaganza sets at  the foot of Mount Li in Lintong District in Huaqing Palace, an important and  symbolic Tang Dynasty theme attraction which is a mere 30km away from the city  center of Xi’an. 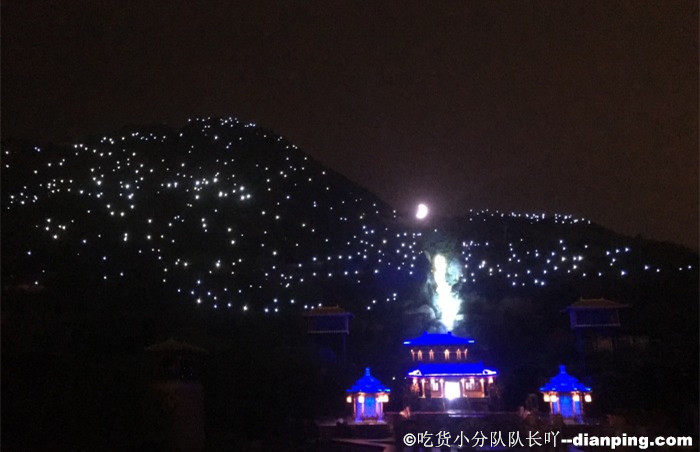 Therefore, the Song of Everlasting Sorrow  Show is presented on the real-scene in Huaqing Palace with backdrop of the  majestic Mount Li, ponds and pavilions in the background. The performance in  the magnificent open air door theatre incorporates the use of music, dance,  water, fire, high-tech lighting, movable stages and special effects with the perfect  costumes, dancers and performers. All of the mountain as the lights projected  onto it becomes a part of the scenery, as the water surrounding the stage. This  spectacular visual experience entices and leaves crowds continuingly gasping in  awe. 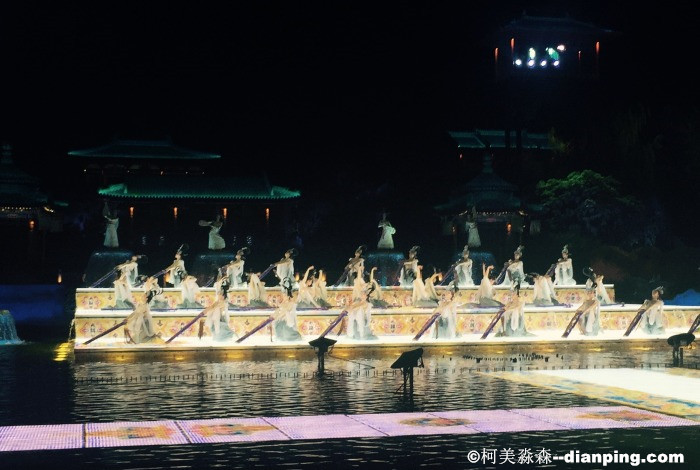 Don’t worry that the show is in Chinese  with no English subtitles provided. There is not much dialogue, mostly music  and dance. The plot is easy enough to follow lack of understanding of Chinese. So  you can still enjoy the show pleasantly which will take you to travel back in  time to witness the love that took place at the foot of Mount Li, and  experience the culture of the glorious era of Tang Dynasty. 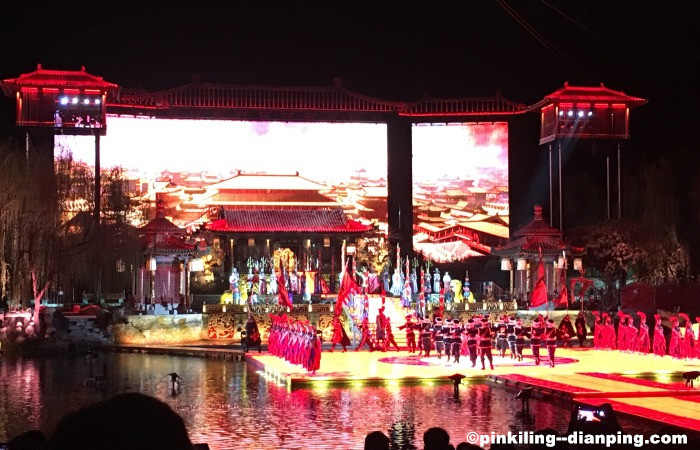 The Song of Everlasting Sorrow Show is  between 8:20PM and 9:30PM and since the location is away from the city center,  it might be difficult to return to the downtown after the show. So you are suggested  to stay overnight in a hotel nearby Huaqing Palace. In addition, it’s on the  way to the famous Terracotta Warriors and Horses so a tour to Terracotta Warriors  Museum in the morning is recommended. After lunch climb the Mount Li to  appreciate the beautiful scenery. By then would be evening and just in time to  see the Song of Everlasting Sorrow at night, which makes the perfect end to  your day.

The show only can be seen between the months  of April and October. Don’t miss this phenomenal performance that will surpass your  expectations if you so happen to be visiting Xian.