With singing springs and scattered flowers in full bloom, Yunmeng Mountain has been a place of interest for tourists since the ancient times. Being a branch range of the Taihang Mountains, it is located in Beijing. The mountain is sometimes covered by the sea of clouds with the main peak rising 577 meters above sea level and other peaks standing one after another, thus derives the name Yunmeng. It is a sequester place with rummy hills, characterized as being majestic, steep, fantastic, secluded and open. The experts conferred “Mt. Huangshan’s miniature” after their on-the-spot
investigation. 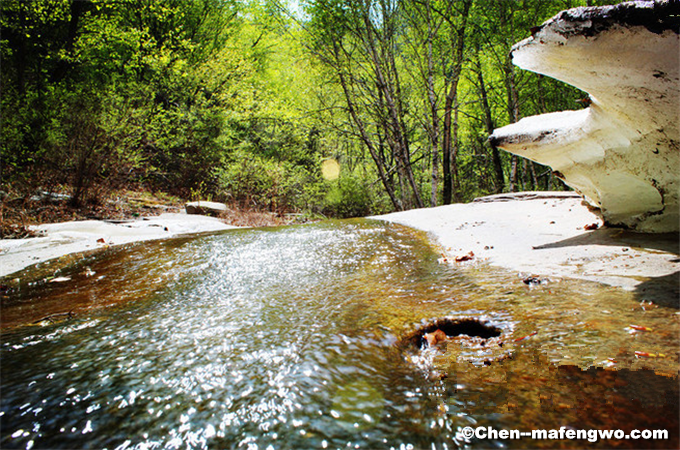 Literati and celebrities of past dynasties set a foot on it, leaving a number of poems, inscriptions and carvings. Guigu, a famous hermit in the period of Warring States, is a typical example. During the period of anti-Japanese war and the civil war of China, some underground resistance organizations and liberation soldiers once stayed here and therefore it enjoys a nation-wide reputation.

Yunmeng Mountain has 6 scenic features: strange peaks, grotesque rocks, clouds, forest, waterfall, ancient sites, forming a constantly changing space picture. The statistics show that there are 233 engravings on cliffs and tablets from the Yuan Dynasty till now. Of them, renowned calligraphers such as Wang Yun of the Yuan Dynasty, Dou Wen and Sun Hui in the Ming Dynasty are most outstanding ones. When you arrive at Yumeng Mountain, the Southern Gate of Heaven comes first into your view. At the foot of the cliff of South Hill, in the narrow mountain pass of Yunmeng Basin stands such a gate, which is made of stalactites. It is supported by four stone pillars. The upper storey is a statue of Goddess of Mercy formed naturally by stalactites, while the entire gate is made of rocks. Attached to the east of the gate, there is a large statue of dragon, a mythological benevolent creature, with his eyes gazed at the Goddess of Mercy, like a soldier on call and ready to bring blessings to human beings. 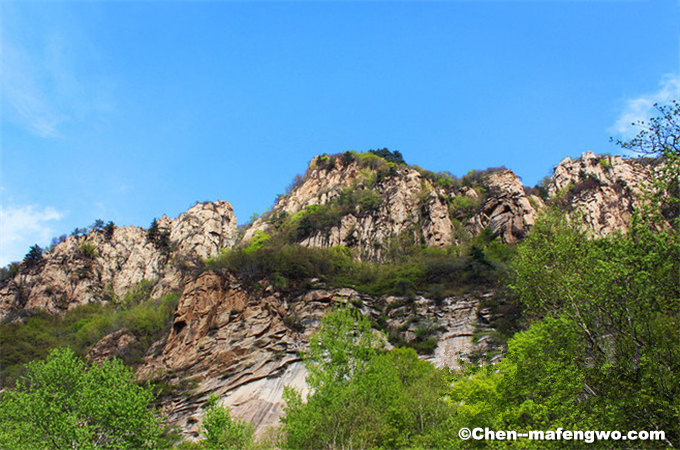 The most striking characteristic which is superior to Mt. Huangshan is its misty clouds and exuberant forests. The wonder of “The Three Seas”(the sea of forests, clouds and flowers) is rare in Beijing district.

Near the Yunmeng Mountain, Yunmeng Mountain National Forest Park is also a hot tour spot. It covers a land of 2208 acres in the western part of the Miyun, with the main peak being1414 meters high. The forest is exuberant, the plants are luxuriant, and the wild animals and plants are abundant. The coverage rate of the forest is more than 91 percent. The average temperature is 20 to 24 degrees centigrade. You can feel cool and comfortable in the park and can appreciate views in every season. It is really a place with more beauty than one can take in. 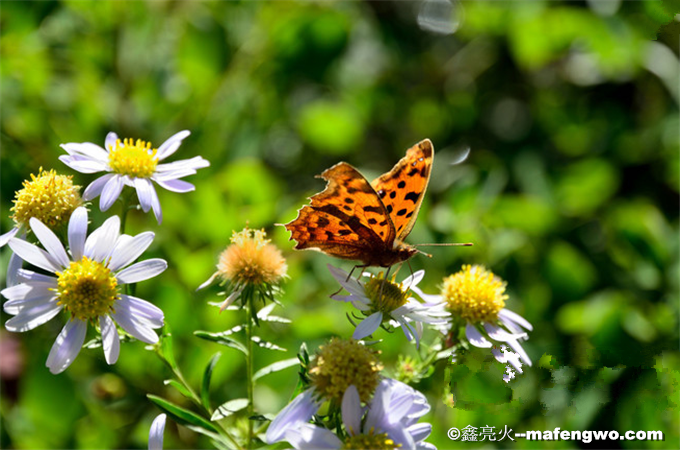 The Yumeng Mountain has enjoyed a great reputation for a long time. Literati and poets of past dynasties often visited it, leaving behind a number of inscriptions, carvings and tablets. You’ll regret for missing the wonderful scenery if you are a travel fan.