Recently the movie Wolf Totem is a hit in China. It tells a story about how local Mongolian nomads fight with wolves in order to survive. Besides the thrilling story, people are also attracted by the breathtaking beauty of Wulagai Grassland where the movie was shot. The grassland is really vast and beautiful, and it has evoked passion for people to see and admire its real beauty.

Poster of the movie Wolf Totem.

As the natural grassland that has well-preserved its ecological environment, Wulagai Grassland is characterized with unique grassland landscapes, such as pristine meadows, rivers, wetland, birch forest, and grooves. Also Wulagai boasts rich flora and fauna, and mineral resources.

There is a special group of people living at Wulagai Grassland, the Wuzhu Muqin tribe. The Wuzhu Muqin is the last remaining nomadic tribe in China. This Mongolian tribe still remains ancient nomadic lifestyle. They also keep their unique culture and customs, making them mysterious to the modern world outside the grassland. Many visitors will visit local Wuzhu Muqin family to learn and enjoy their unique culture.

The best time to visit Wulagai Grassland is from May to October when grasses are fresh and green, flowers are in bloom, and sheep and cows are lively. At Wulagai there is international archery competition held these recent years. Also the grassland holds regular activities including grassland hiking, horse racing and wrestling. 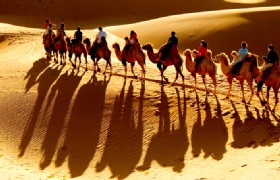 China Tour Adviso presents you with one of the most wonderful Beijing and Inner Mongoli... 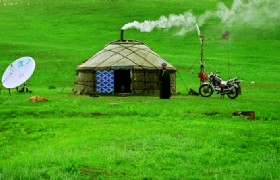 China Tour Adviso presents you with one of the most wonderful Inner Mongolia tou. This ... 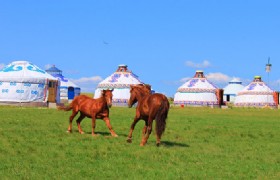 Experience the Mongolian culture of Xilingol with this memorable 5-day tour! You will e...