The Beauty of Beijing’s Shichahai

Speaking of Beijing, what easily comes to mind are the Forbidden City with its red walls and green tiles, the Beijing dialect from the quadrangle houses, and the undulating and majestic Great Wall. The weight of its history accumulated over time has offset the image of the modern city that it has become. In reality, one needs time as well as energy to discover the real behind the imagined in a city, just as one does with a person. Located in the northwest part of Beijing, Shichahai is a famous scenic area that includes three lakes, surrounding places of historic interest and scenic beauty, and remnants of old-style local residences, Hutong and Courtyard. Shichahai consists of the following three lakes: Qianhai, Xihai and Houhai. In imperial times it was called the Riverbank. 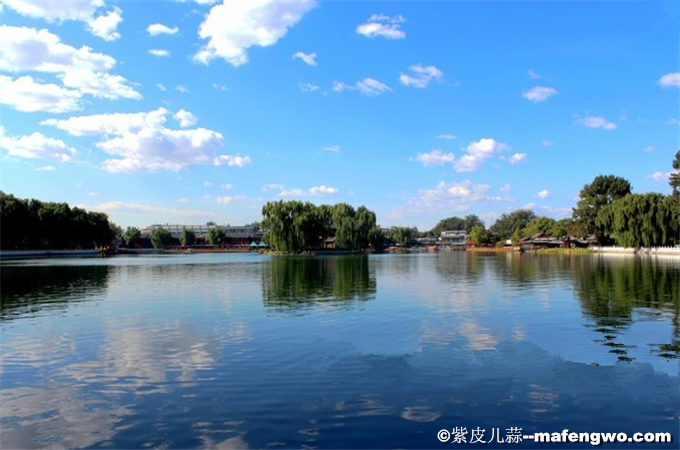 With Beihai Lake becoming an imperial backgarden, some 20 temples were built in the area of Shichahai Lake. It was said that these temples were established for the convenience of women to leave the imperial families. "Cha" refers to a small temple while "shi" can mean "tens", hence the name of Shichahai.

Its history can be traced to as far back as the Jin Dynasty (1115 - 1234). During the Yuan Dynasty (1271 - 1368), it was the terminal point of the Great Canal, which was a main reason for its prosperity. In the period of the Ming Dynasty (1368 - 1644), when the channels ceased to be as smooth as they used to be, it changed from a bustling hub to a place of leisure where people could stroll around to admire the vast scenery or enjoy the cool shade under williow trees. 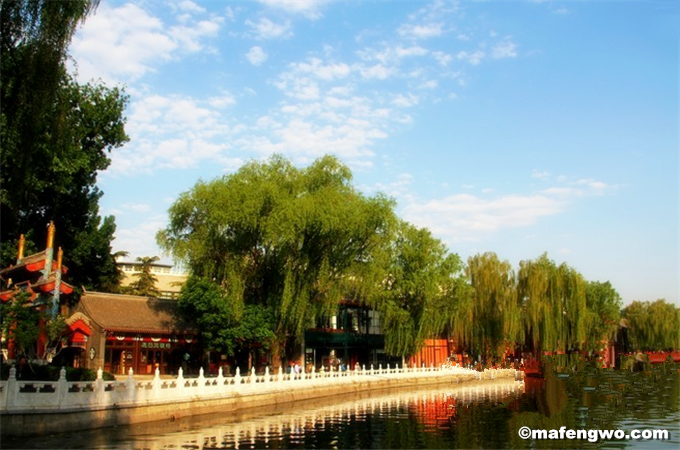 The greatest point of interest in it today is its residences, Hutong and Courtyard. Visiting Hutongs by pedicab has become a popular activity for visitors from China and abroad. The most famous is Jin Si Tao, which actually includes 18 hutongs and keeps the original layout. Another one is Skewed Tobacco Pouch Street (Yandai Xiejie), meaning an oblique street which looks like a long-stemmed pipe.

This street used to be a famous street selling long-stemmed pipes. In the east area, South Gong and Drum Lane (Nanluogu Xiang) is an interesting hutong renowned for its long history, culture, specialty stores and distinctive foods. 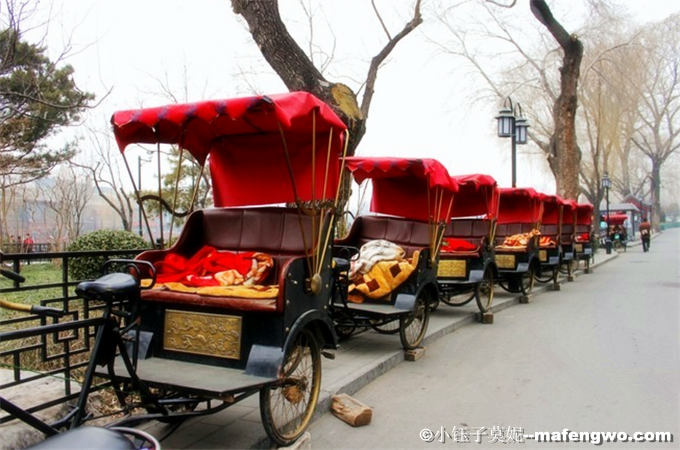 Around the lake there are also ten famous Taoist and Buddhist temples and several formal royal mansions and gardens. The most well known are the Prince Gong Mansion and the Prince Chun Mansion.

At night, Bar street becomes a good destination for many youngers. Compared with the hustling-bustling scenes during the daytime, Shichahai is quiet at night. The small bars here are exquisite although they don’t have showy names.

They attract those people who know how to enjoy the tranquility of night.

Grey courtyard walls, lush and green willow trees, quiet water…all this displays the generosity of this city. Different from other famous attractions in Beijing, Shichahai has its own features. Maybe it’s not so well-known, but the scenery there never fail to make your trip regretful.