The Beauty of Black Dragon Pool in Kunming

Located at the foot of Five Old Men Peak of Longquan Mountain in the northern suburbs of Kunming City, today's Black Dragon Pool has been made part of a beautiful park bearing the same name. According to historical records of "The geographical Records" in 《Han Shu》 that was its first academic book, there's used to be Black Water Temple what is now known as Black Dragon Pool Taoist Temple in the northwest of Dian Lake County, Yizhou County. 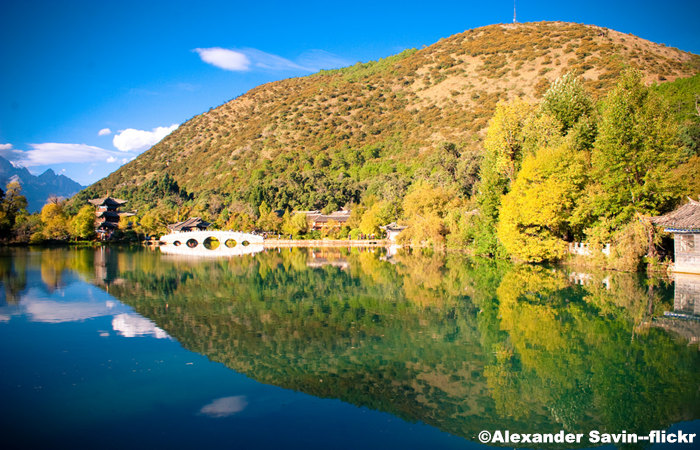 Within the scenic beauty of many curious and exotic plants of which the most notable are the three referred to as "the three old trees of the Black Water Temple"-- a plum of the Tang Dynasty, a cypress of Song and a camellia of Ming. It is the first place of a beautiful spot and historical interest in Yunnan Province. The story is going about that the water in the pool is not yet exhausted all the year round for the dragon palace of Yuannan Black Dragon King is here, and later derived the name Black Dragon Pool which we use today. 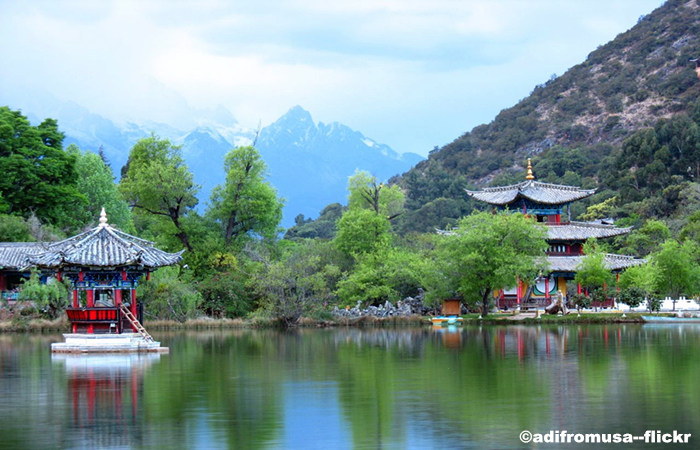 Ever since the Tang and the Song dynasties, local people had ever been coming to Black Dragon Pool to make sacrifices to ancestors and pray for rain. In the early Ming Dynasty, Mu who was the lord of Qian Kingdom began in the capital large-scale construction of temples, and changed its name to Black Dragon Palace. Thus the whole Dragon Spring Palace had just laid a foundation.

Thereafter, during the Ming and Qing Dynasties, Dragon Spring Palace had been restored and renovated by local Yunnan officer. During the Republican period, this place was once named Dragon Spring Park. The story was circulated about Black Dragon Pool that there are four invaluable treasures here whose history dates back to ancient times: Tang winter sweet, Song Cypress, Ming Tea and Ming Tomb. 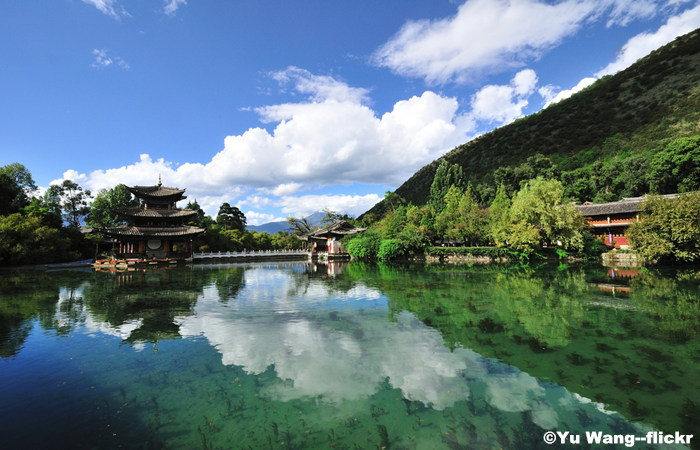 And with today's architecture, Black Dragon Pool tends to fall into two primary Taoist temples. During the period of restoring Black Dragon Pool Park, a pair of antithetical couplets written by Lin Zexu was hung on the pillars of the Black Dragon Palace. The contents of the couplet are extremely appropriate with the worship and atmosphere of the Dragon Temple, which contributes immensely to add historical and cultural connotation to the place. 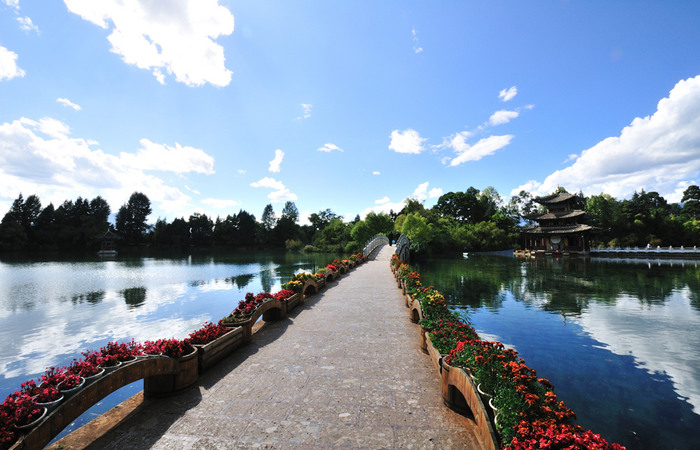 After you entrance to the place, the beautiful sight first presented itself to the eye, with Muddy Water Pool at your left. On the right was the Clean Water Pool, occupying an area of 600 square meters and the gross storage capacity of 4400 cubic meters. 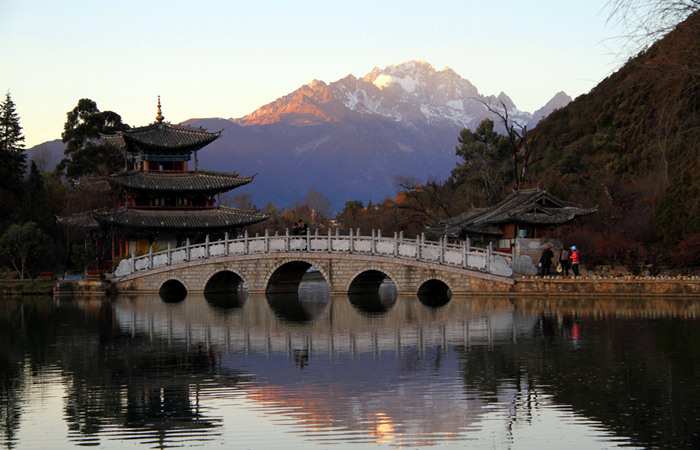