The Magical Sea of Clouds in Huangshan

Spring, autumn and winter are the best seasons to see the sea of clouds in Huangshan. February 15, 2013, my friends and I went to Huangshan. 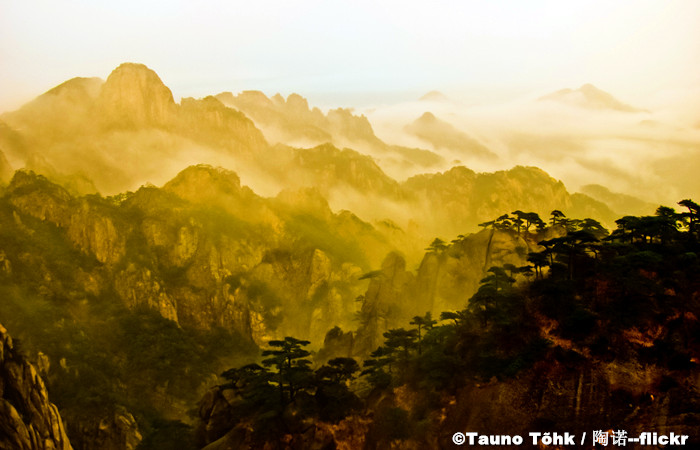 Looking quietly while waiting on the hill, with a little panic, I feared to miss the delicate changes of light and shadow. The light was gradually enriched.

The sea of clouds of Huangshan is very famous, and can be regarded as the top wonder of Huangshan.

The clouds at the bottom of the valley rose, walking through the valleys. Beautiful mountains and towering cliffs, as well as the sea of clouds forming a pair of Chinese painting.

These two mountain peaks in the sea of clouds like two snuggle giants, sitting there like overlooking the sunset with us.

The color of the sea of clouds continue to change. Numerous of peaks submerged in the clouds, leaving only a few peaks, like islands in the sea. The sea of clouds became so magnificent.

We have Mount Huangshan Tours every week. In January and February, tours are available every Monday except Chinese New Year Holiday Period.   We also have good price hotel rate in Huangshan area at the best money value deal.