Traveling to the Three Kingdoms City in Wuxi

The Three Kingdoms city is located in the southwest suburb of Wuxi city, is built by the China Central television (CCTV) for shooting the television show “the Three Kingdoms”. In the west of the Three Kingdoms city is Qinglong Mountain, the north is near the Taihu Lake, the opposite of the Three Kingdoms City is the famous tourist resort Yuantouzhu and Sanshan. Within the scenic spots, there are built more than ten scenic spots that have a certain cultural characteristics and style of the Han dynasty, it's included "The palace of the king of Wu","Ganlu Temple","Wu Ying", "seven star altar", "signature" and so on. In the latter, there are gradually adding "the Tao Yuan", "Jiugong Baguazhen", "arena" and other attractions.

On the right side of the gates building , there is stationed dozens of chancellors Ville, Within "Tao Yuan" the peaches are blooms , the place is where Liubei, Guanyu and Zhangfei sworn brothers .Behind the Tao Yuan hillside, a group of the Three Kingdoms figures, the solider and the horous are lifelike, reappear the legendary historical figures. On the left side of the racetrack, the equestrian stunt team performance for the tourists every day with real guns and knives, these actors were participated in” the Three Kingdoms” shooting the film and television. Among of the performances, "Three heroes against Lubu is very grand and spectacular, there are more than forty horses have trained horses, visitors will also be able to put on a uniform and experience the feeling of as a hero in the war times.

"Three heroes against Lubu" is the largest and the most interesting performance in the three kingdoms city, it describes historical wars during the three kingdoms time, the eighteen princes get together to against Dongzhuo, but they failed. Lubu is a very powerful general. At last, Liubei, Guanyu and Zhangfei enter on the stage and beat Lubu. The performance completed shows the plots of the film and television “the Three Kingdoms” shooting.

The storyline was concentrated in 15-minute performances; show the spectacle of war in ancient China, as well as equestrian stunts, etc. It is worth to watch and is the Three Kingdoms City tourist must-see show. In the story of "the Three Kingdoms", Zhugeliang is a very wise man, he often verbal fight with Confucianism. But here you can see a group of actors dressed in the ancient Han Dynasty costumes, they manage with the Marquis Yi of Zeng bells that called "Eight Wonders of the World", The Visitors absorb in the splendid music and captivated by the charm of Chinese culture. 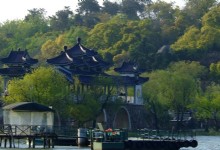 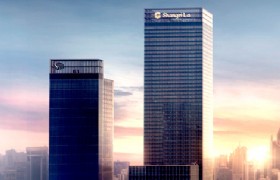