Unsurprisingly, given its wealth, youth and cosmopolitan character, Shenzhen has plenty of great drinking options for night owls. Indeed, the city is home to several popular party spots – and they evolve fast. Keeping up with the Shenzhen night scene can be a tough business in of itself. After all, the local economy over the past three decades has grown as much as 25% per annum while the average age remains a fresh-faced 25-years-old. 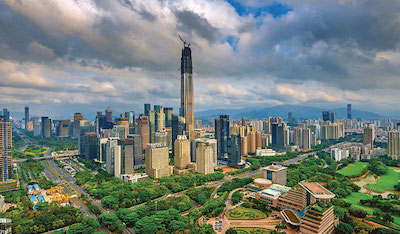 Change may be rapid in the border town, but the choice remains constant. Whether you enjoy getting down beneath the stars or talking shop in an expat pub, Shenzhen’s premier waterholes will keep your thirst quenched. You can be confident that whatever environment, service-standard or beverage you seek, there’s a bar stool somewhere with your name on it. The only issue is finding it.

With all tastes in mind, what follows is an overview of the Shenzhen cityscape after dark with notes on the standout watering holes that pepper the long and winding city. 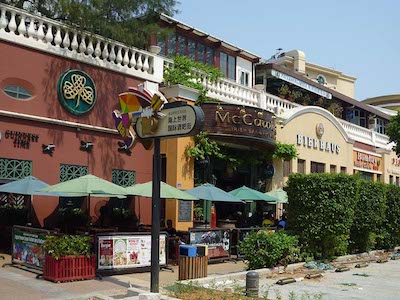 For a time the Shekou Peninsula to the West of the city was the sole expat hub – a home to some of the earliest and earthiest south-China-hands. Today the square known as Seaworld (海上世界) is a decidedly less seedy affair: The dive bars of legend have been supplanted by coffee shops, bakeries, and international restaurants. There remain, however, two alehouses that are still popular with the foreign crowd, particular veterans of the scene. McCawley’s Irish Pub, now a Pearl River Delta chain, was founded in Shekou in 2003. And the old place still packs in the punters with draft Guinness and all the top sports games broadcast live. Meanwhile, down the strip, the Terrace dishes up Thai food and keeps the crowd jumping with their legendary house band TAS. 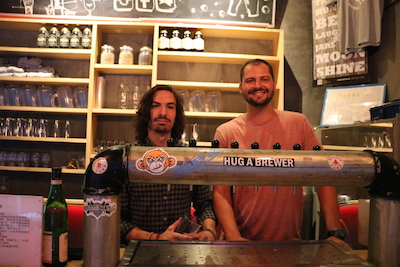 Craft Beer was a late arrival in Shenzhen. However, the beer brewed on premises is now quite the thing, and bars like Taps, Craft Head and Peko are serving up homemade ales, lagers, ciders and pilsners to legions of grateful clientele. But arguably the first, and certainly the most famous brewpub, is Bionic Brew. This pioneering tap-house now occupies its third location in Baishizhou (白石洲), one of Shenzhen last surviving urban villages. It’s an atmospheric neighborhood, and the bar reflects its surroundings with its no-frills approach. What is certain is that the beer bites, and the eclectic crowd that frequent the joint will keep you entertained until the wee hours.

Two stations westward on the metro, in the hipster haunt of the OCT Loft (侨城东), you’ll find a plethora of niche wine bars and live music venues. Of note, Old Heaven Books is a bookstore-café-bar where you can chat with the metropolitan elite about all things art over a cool Tsingtao. Meanwhile nearby B10 Space is the city’s principle live music venue that co-hosts the annual Tomorrow Music Festival and OCT Jazz Festival with Old Heaven. 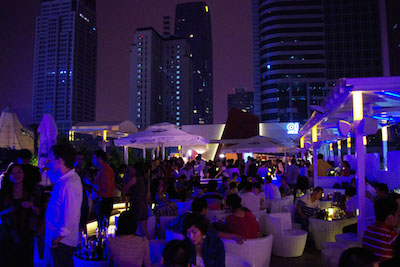 Near the central business district (会展中心), under the shadow of the towering Ping’an Finance Centre, a block of bars opposite the Coco Park shopping mall (购物公园) offers a raucous Shenzhen night, every night. Principally targeting the under thirties, clubs like Viva, Bang, and Pepper are where the local movers and shakers get down, often in outdoor terraces and over games of liars dice. Nestled in the mayhem, an understated Canadian-run establishment named La Casa was the precursor to the action. The first bar to open on the block, it was once a quiet place for expats to meet over pizza and a pint. Now it’s usually where they congregate to decide upon which dance floor to hit. That said it's still an affable little place that employs informative staff. If, however, the strip gets too much, Futian is home to an off-the-radar expat favorite named Frankie’s, an all-American bar and grill offering a home away from home (and service standards to match). 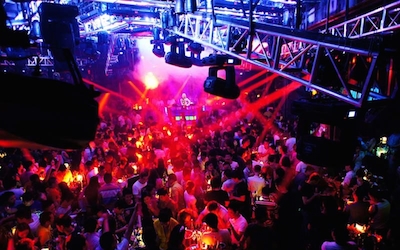 There was once a time when Luohu was nightlife central. This is no longer so since Nanshan and Futian found their feet. But it’s still where several glitzy clubs entertain Hongkongers over for the weekend with cabaret-style performances and jugs of whisky-green tea. If you fancy getting loose with the locals, Luohu is for you. Consider Le Nest and Soho near Guomao (国贸) or True Color on Dongmen (东门). 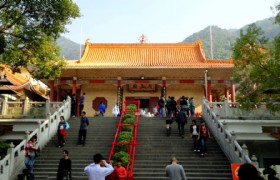 In this Shenzhen half day Buddhism tour you will go to Diwang Commercial Centre, Civic Cen... 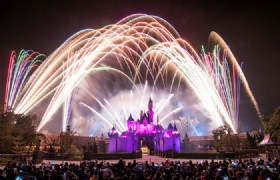 If you are planning a China tou with Hong Kong Disneyland for the family then this tour is...