Qingdao’s St. Michaels Catholic Church re-opened on 14th March to the public. The church which is located on Zhejiang Road of Qingdao is located in one of the oldest parts of the city. The church was built by German missionaries in 1934. After being closed for 5 years, the church doors are open to the public once more.

Qingdao is a major city of Shandong Province and was a part of the German Colony, hence  some of the German achitecture that can be found in the city. 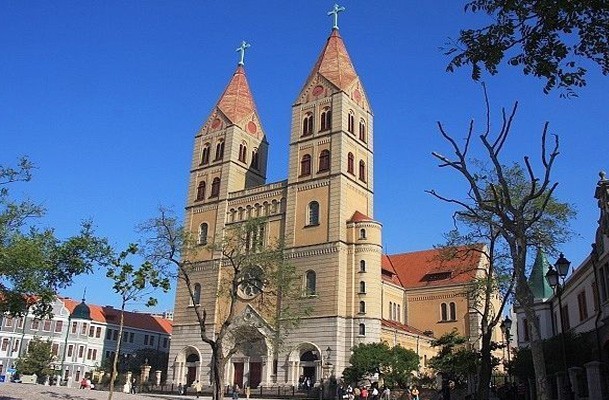