China National Holiday Beijing Travels Zhangjiajie Jiuzhaigou Valley China Tourism
Each year the China National Holiday is one of the peak seasons for many scenic attractions. This year is no different with many sites dealing with large numbers of tourists. As one of the major public holidays in China it is also known as “Golden Week”, for many foreign tourists it’s best to avoid travelling to China during this celebratory period.

This year many tourist attractions throughout China have recorded brand new record numbers of tourists. To celebrate the 65th anniversary of the establishment of the People’s Republic of China, Beijing announced that 370 parks would be free for admission on National Day. During the holiday Beijing received more than 540,000 tourists in 26 scenic attractions.

Other popular tourist destinations such as Zhangjiajie, Jiuzhaigou Valley, Daocheng and Mount Huangshan all experienced high numbers of tourists and overcrowding during the holidays. However, it seems that this did not dampen the spirits of tourists.? 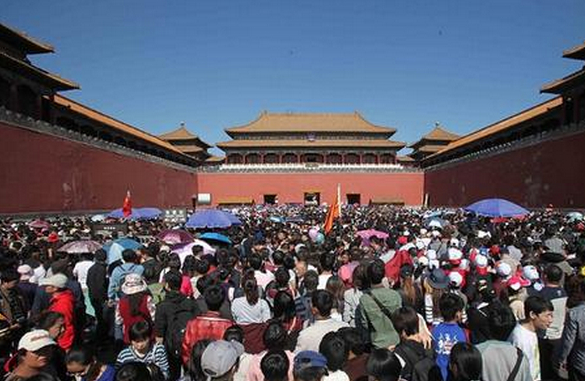 Record number of visitors at The Forbidden City.? 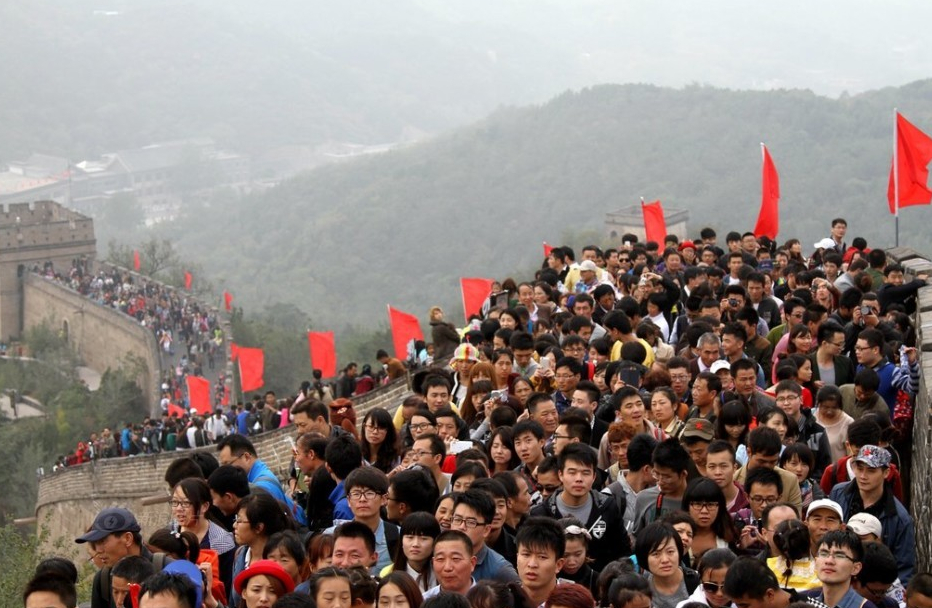 “Human Traffic Jam" at the Great Wall of China.? 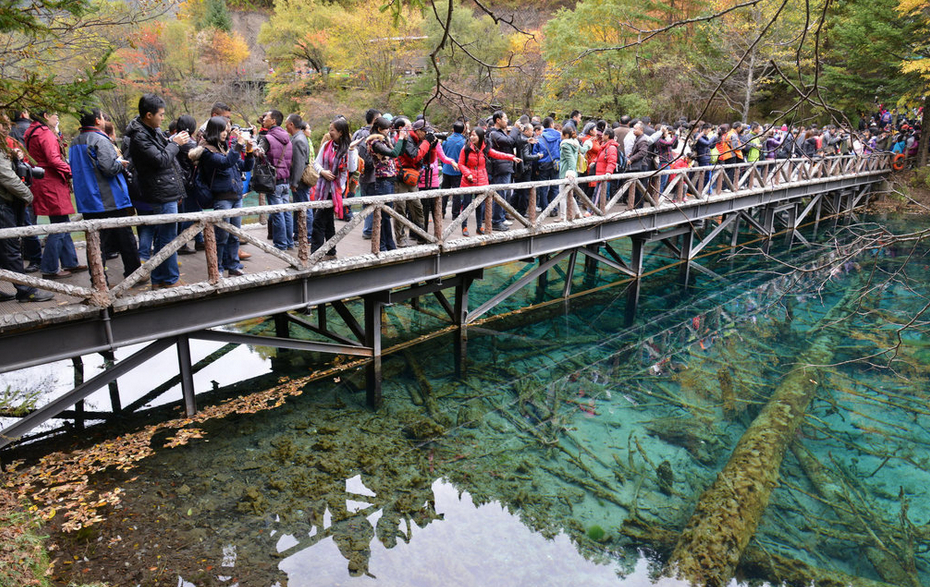 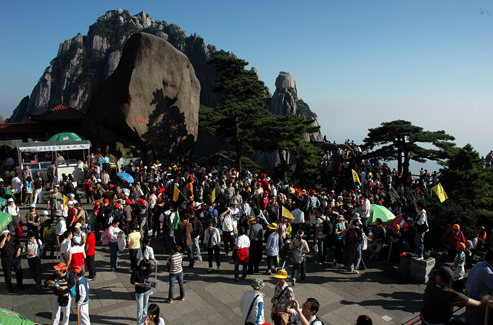 Visitors all swarm to Mount Huangshan.?