Fuxing Bullet Train to Be Put into Operation in North China

China's most newly and self-developed bullet train, the Fuxing, will start operation in Beijing-Tianjin-Hebei route on August 21. Along the route ten stops are projected to be covered, including Beijing South, Wuqing, Tianjin, Beijing East, Zhuozhou East, Gaobeidian East, Gaoyi West, Baoding East, Shijiazhuang, and Xingtai East. This implementation marks the effort of the country to integrate transportation network in the region, intended to guarantee travellers with high-quality service at reasonable prices, according to railway authorities. The Fuxing bullet train en route will run at 300 km/h, lower than the 350 km/h in a test conducted in July 27. More Fuxing bullet trains are on schedule to come into service. 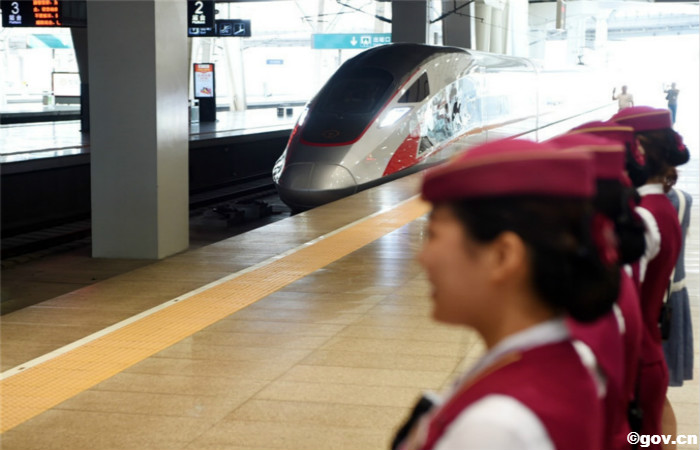