Chongqing Travel Guide Chongqing Tours
Chongqing is the one of the first in the world to create lanes especially for mobile phone addicts who cannot put down their beloved devices whilst walking! The pavement which stretches for 100ft in Chongqing is desginated for people who have their eyes glued to their mobile screens. 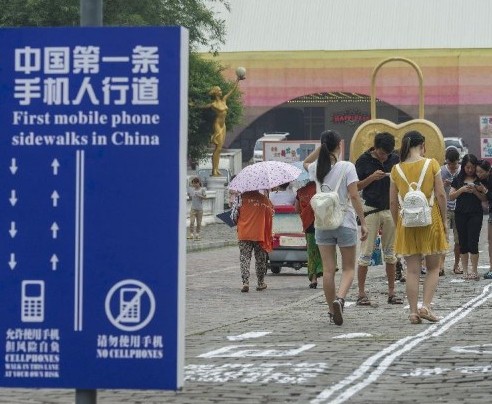 There is a picture of a phone pained on the ground, the word 'cell phone' written down and a thick white line separating it from the rest of the pavement. The lane was set up in response to the growing number of people who are addicted to their mobile phones and walking at the same time causing congestion on sidewalks. 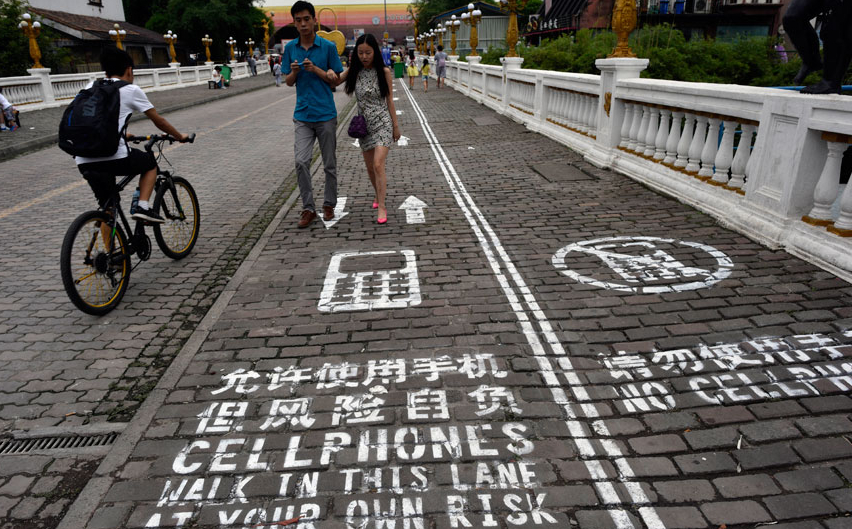