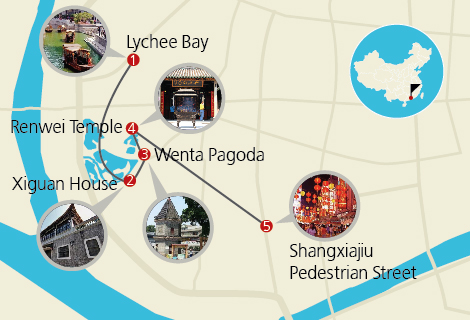 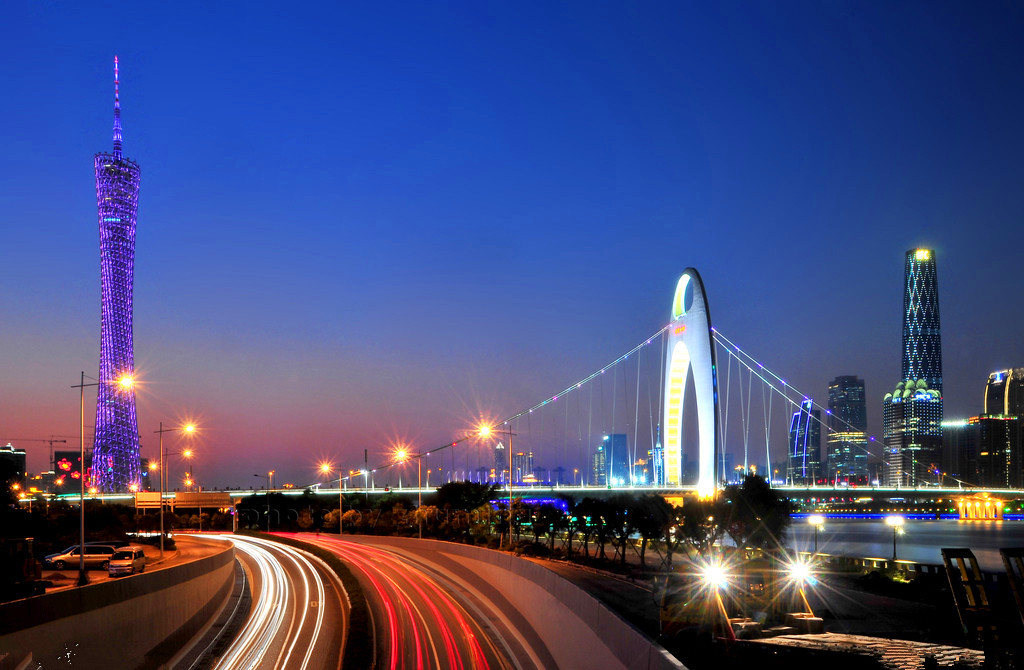 Duration: 9 hours
Time: 9:30AM - 6:30PM
As the capital of Guangdong province and one of the most popular and oldest cities in China, Guangzhou attracts millions of people all around the world to enjoy her charming sightseeing and traditional architectures. Visit the old town area of Guangzhou of Lychee Bay in the morning;  After lunch, explore historical Shangxiajiu Pedestrian Street.
> Book Now

Visit the old town area of Guangzhou.   We will visit Lychee Bay in the morning;  After lunch, explore historical Shangxiajiu Pedestrian Street.

Lychee Bay
A water twon with canal, shops, towers, floating flower boats, etc.  A beautiful Wen Tower stands by the river side.  It was was built to enshrine and worship Wenqu Xing, literally: "God of Culture and Literature or scientifically Delta Ursae Majoris") sometime between Mid-Ming Period and Early Qing.


Xiguan House
Xiguan House can be represented the traditional culture of Guangzhou. This architecture was first appeared in Qing dynasty, which was for the rich and powerful people. Nowadays, most of them are used for tourism. However, some of them are still used for people to live. There are three features about Xiguan House, brick-wood structure, Tanglong door and Manzhou window.
Renwei Temple
Renwei Temple was first built in 1052 in North Song Dynasty. This Taoism temple is specially used for worshiping Beidi Emperor. It is also famous for its decorations, such as wood carving，stone carving and brick carving.  In Cultural Revolution it is destroyed by the Red Guard, and a plastice fatory turned it into a workyard.  The temple was renovated and opened to public in 1993.
Wenta Pagoda
It was built in Qing dynasty. Wenta is brick-wood structure，and it is 13 meters high with 2 floors.  A small ferry is built under the Pagoda, and you can take a cruise down the river.  Old Houses are built on both side of the bank.

Qilou Building
First built in late 19th century, like shophouses designed for both residential and commercial uses,  The ground floor portion is reserved for commercial use, mostly by small businesses like pawnshops and food vendors. The upper floors were residential use.  Some Kungfu movies were taken here in 1980's.

Shangxiajiu Pedestrian Street
Shang Xia Jiu Road is a beautiful picture of a collection of Xiguan style, Located in the old town of Xiguan, it stretches from Shangjiu Lu and Xiajiu Lu in the east to Dishifu Lu in the west, about 1200 meters long with more than 300 shops.

Onelink Giftshop Plaza
Shangxiajiu has a group of old famous stores, such as the Guangzhou Garment Store, the Herring Shoes and Wanling wholesale Gift Store. We will visit Onelink giftshop plaza, a place where you can find all kinds of gift to take back home.