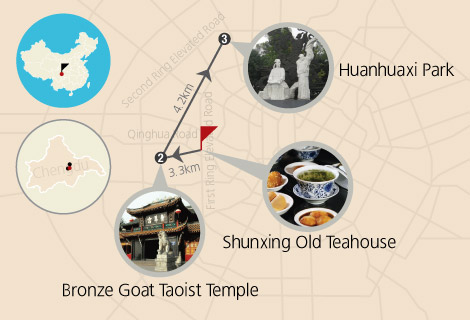 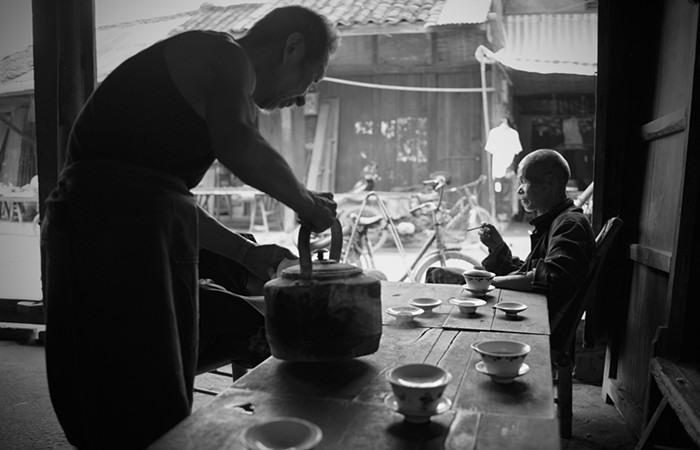 During this tour, you can experience the traditional Taosit culture and beautiful Huanhuaxi Park. Taste the ancient tea and learn about the culture. You will be entertained by the wonderful Sichuan Opera show and enjoy the delicious local snacks of Chengdu.

● Shunxing Old Teahouse ● Huanhuaxi Park
100% SATISFACTION
Free Enquiry
Day 01 Sichuan Opera and Tea Culture Experience One Day Tour
Detailed Itinerary: You will be picked up at your hotel at 8:00AM, then proceed to Huanhuaxi Park, which is the largest forest park in Chengdu. It is consists of Plum garden, bamboo square, egret island, and tree park. You will have a free time to walk in the Plum Forest and learn Chinese traditional poetry culture about plum such as” Without the piercing chilliness of the snowfall, where comes the fragrant whiff of the plum blossoms”.
Then you will go to Lvbo Lake which is the largest artificial lake in Chengdu and enjoy the egret flapping slowly off across the lake.
After that, you will see various Chinese trees in the tree garden such as ginkgo, Yulan magnolia, sweet-scented osmanthus, gardenia etc. You can enjoy different blooming flowers in different season. Besides, you will learn traditional Sichuan bamboo craft in the bamboo square. The most fantastic part of the tour is that you can enjoy the cosplay show there. Many young people will wear their favorite cartoon clothes and play the best part of cartoon.
After walking, drive to Bronze Goat Taoist Temple at 10:00 and you enjoy the traditional Taoist culture there. Qingyang Temple is one of the most famous Taoist temples in China and an old part of Chengdu. The most magnificent building is the Eight Trigrams Pavilion which built on square foundations, with a colored glazed dome on top. This octagonal building reflects the ancient Chinese philosophy that 'the sky is round and the earth is square'.
Finally, you will be transferred to Shunxing Old Teahouse by bus at 12:00PM. The teahouse was rebuilt in 1990, and it displays traditional oriental tea culture history in the efforts of professional tea culture expert, famous folk artisan and ancient architecture expert.

Many people think it is tea culture Museum instead of teahouse because you can see the building of Ming and Qing Dynasty, Wall Carving, window decorations, wood engraving, tea set, chi-pao, and traditional tea aesthetics.

After arrival at Shunxing Old Teahouse, you will enjoy the Sichuan Opera Show with face changing, fire spitting, lamp rolling, and folk performance when you taste famous Chengdu snacks and drink Gaiwan tea which is served in a set of cups.
After that, you will be driven back to your hotel at around 3:00pm.
Attractions & Activities:Huanhuaxi Park,Bronze Goat Taoist Temple,Shunxing Old Teahouse
Meals: Chinese Lunch

* Prices may vary according to your travel time and are higher in the high season, e.g. Labor’s Day (Apr 29-May 5), China National Day Holiday (Sep 29-Oct 8), and Chinese Spring Festival (Feb 19 - 25, 2015), and western China intenational fair (Oct.23-Nov.4). * Tour price is indicative only, please enquire for a detailed quotation. * You will enjoy more discount if there is more people join the tour. 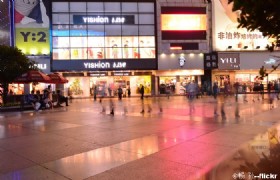