Jiaozuo City is located in the northwest of Hebei Province. It nestles the Taihang Mountain in the north and the Yellow River in the south. It adjoins Jicheng City from Shanxin Province to the north, Xinxiang City to the east, Jiyuan City to the west and faces the cities of Zhengzhou and Luoyang across the Yellow River. Jiaozuo is the birthplace of Taichi in China. 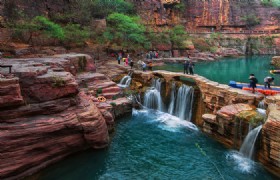 Yuntai Mountain is located in Xinwu County of Jiaozuo in Henan Provinc... 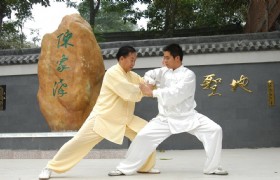 Find maps of Jiaozuo, including Jiaozuo's regional location to other parts of China as well as . Our Jiaozuo travel guide ( includes weather, living, food, weather, transportation, etc.) has heaps of useful information and tips! > See More

When travel to Jiaozuo, there are a lot of local flavo to eat. Food in Jiaozuo is mainly flour-made dishes, the soup noodles should be one of the popular dish in Jiaozuo. Popular dishes in Jiaozuo include Hot Pepper Soup, Jiaozuo dried peimmon, JinXiahu baked wheat cake, Henan stewed noodle and so on. Jiaozuo Dried Peimmon Dried peimmon is made from peimmon. In late a...> See More