Tianjin, referred to as "Jin" for short, is one of the four municipalitiesdirectly under the Central Government of China. Not only is it aninternational harbor and economic center in the north of China,but it is also well-known for its profound historical and culturalheritage. 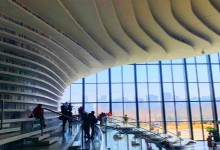 Tianjin Binhai Library was opened to the public in 2017 after a three ... 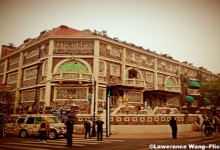 China House, also known as Procelain House, is a private museum of chi... 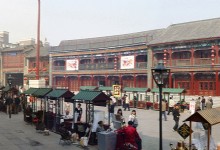 Tianjin Ancient Culture Street is ranked as one of the “Top 10 Views ... 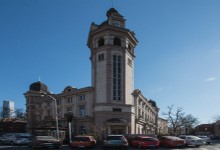 The Five Avenues is a major Tianjin attraction that islocated in the s...

Find maps of Tianjin, including Tianjin's regional location to other parts of China as well as . Our Tianjin travel guide ( includes weather, living, food, weather, transportation, etc.) has heaps of useful information and tips! > See More

Whether you have eclectic tastes, favour antiquities or simply like to browse in clothes shops, a day spent shopping in Tianjin is a day to remember. For one of the most colourful shopping experiences on offer in Tianjin, head to the Antiques Market at the corner of Shandong Lu and Jinzhou Dao, where many street vendo simply display their goods on blankets around the many narro...> See More

Tianjin food and gourmet are renowned throughout China, and not only the traditional Tianjin snacks, but the cuisines from other regio of China can also be found. Food Street is a fairly good place for you to sample these cross-cultural Chinese dishes. These traditional and famed snacks cannot be missed should you ever come to visit this charming municipality. Goubuli Steame...> See More

Adjacent to Beijing, Tianjin has not only booming business, but also a flourishing entertainment industry. Numerous recreation spots dot every corner of the city. Among them, Quanye Chang, the most popular shopping mall, is also one of the notable entertainment destinatio. It includes Tiangong Cinema, Tianhuajing Theatre, Tianle Theatre, Tianwei Tennis Club, Tianlu Teahouse, Ti...> See More