If there’s one thing the blue and white-collar migrant workers enjoy, it’s a good shindig. After all, if young Chinese have a right to anything in this high-competition country, it is to let off a bit of steam, right? In Shenzhen, China’s migrant capital, that generally implies karaoke. That’s right KTV reigns here. And if your comrades (or clientele) can be lured away from yelling into a microphone before a TV in a deafening private room, the next best bet is a cabaret bar. South China style clubs typically host lowest-common-denominator entertainment on an over-illuminated stage, while punters sink whiskey and green tea, dice tumblers rattling in place of conversation. 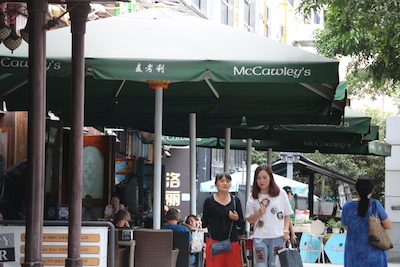 But an ever-expanding expat community – many of whom are employed in manufacturing or related industries – has cultivated a solid international bar culture in certain areas of the city too. This, combined with a certain class of Chinese known as haigui – returnees from overseas, means there’s now a plethora of pubs to enjoy a pint, catch a sports game or even some western-style entertainment. Shekou and Futian have the largest array of bars to choose from, though increasingly they’re popping up all over town. 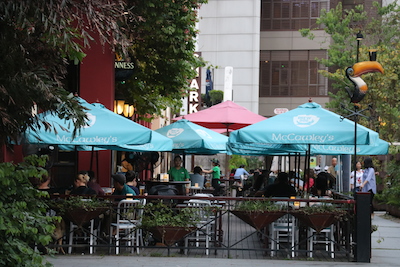 Having been founded in 2003 this place is almost a Shenzhen expat institution. From the original Shekou haunt, the McCawley’s team have opened pubs in Futian, Nanshan and even Guangzhou. They’ve also opened a fair few butchers shops and Mexican restaurants to boot. Being Irish, at least in theme, Guinness is on tap as well as pies, chip, and other calorific favorites. There are regular events & promotions including happy hours, beer of the month, sports events and live music (usually of the Filipino cover band variety). The downside is that, despite being blue collar orientated, the place ain’t cheap. As a case in point Kilkenny Cream Ale is RMB68. 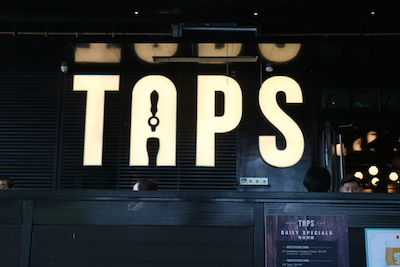 Now with a new glossy venue in Coco Park (in addition to the original Nanshan branch), this craft beer joint is doing a roaring trade. The sampler set (RMB80 comprising six glasses, 120 milliliters each) is a good way to find what you want as there’s a seriously wide range of beers to choose from. For instance, Mountain Pepper Saison contains the only local ingredients like berries from Hubei whereas Z Nation (RMB40) is a classic American-style pale ale, brewed with liquid yeast to give it a distinctively smooth taste. Pub grub and live music courtesy of Shenzhen’s vibrant expat band scene implies a grand night (minus the cheap Chinese lager hangover).

If your leaning more towards pax-Americana with sports like basketball or baseball on the TV, music of the US country-rock ilk, Frankie’s is the ideal place to pull up a barstool. Opened in 2012, in Futian (though there’s now a Nanshan location) this classic North American haunt entertains barflies with regular quiz nights, occasional live gigs, food promotions, cigars and good American beer. Service is seamless, but the atmosphere can be a bit macho at times. 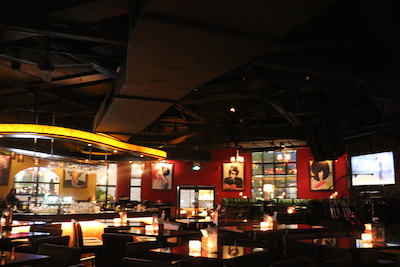 No list of pubs should exclude The Terrace, one of the oldest and most successful, foreigner-friendly establishments in the city. With an enviable location overlooking SeaWorld in Shekou, the big sell-point here is TAS (the Terrace All Stars) – a Canadian fronted, Filipino bar band par excellence. The place literally jumps on weekends with a mostly international crowd of boozehounds chanting along to rock n roll anthems of yesteryear. In fact, you’d be wise to book a table! Cocktails are around the RMB70 price range (including the signature Terrace Twister); shooters are typically RMB40 while a Heineken is a reasonable RMB38. Beer tower or kegs make drinking easier and better value-for-money. 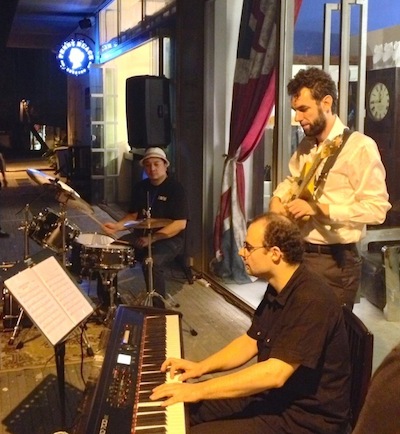 If you’re looking for a cooler, more sophisticated night, Penny Black in the OCT Loft aims to deliver a touch of new-money decadence. Its outdoor location has mostly local customers enjoying the tropical heat and greenery of the Deep South while being serenaded by jazz standards, often performed by the patron Bin Bin Chen herself. The downside is the drinks, which cost a pretty penny, as well as the risk of a tropical shower. Post-downpour the show usually goes on. These people are pros!