Z8801 was the train first launched service  between Lhasa and Shigatse in 2014. The Lhasa to Shigatse Railway is an  extension of Qinghai to Tibet Railway with altitudes ranging from 3,600 to  4,000 meters which is called “the rail on clouds”.

After 3 years, Train Z8801 is renovated and  upgraded for multifunctional services including café, bar, music room, reading  corner, lactation room. On July 23, 2017, the train was launched as the new name  “The Ancient Tangzhu Road”(唐竺古道). The new train has been redesigned in accordance with the Tibetan  style where passengers can immerse themselves in the local culture. This train  will certainly give you a new experience to visit Tibet. 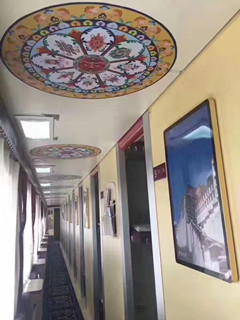 Lhasa
Lhasa has an elevation of 3650 meters and  sits at the center of the Tibet Plateau. It is one of the highest cities in the  world. Lhasa, which means "Land of the Gods" has a history of over 1300  years. It towers as a huge magnet attracting those who want to explore its  culture. When you travel to Lhasa, you must visit Jokhang Temple, Potala Palace  and Barkhor Street.

Shigatse
Shigatse is the second biggest city in Tibet  which sits in Tibet’s most fertile land and it is 300 km away from Mt. Everest,  the world’s highest peak. Besides the importance for its location, the city is  also the center of culture, economy and politics for Tibet. When you travel to  Shigatse, you must see Tashilunpo Monastery, the largest monastery in the city,  also traditionally the seat of the Panchen Lama, one of the spiritual leaders  in Tibet. 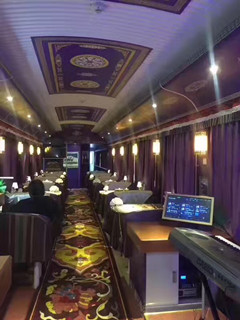