Gyantse Horse Race Festival falls on the 10th  of July in 2018. Originated from the 15th century, the festival  takes place when the pasture turns green and lush. Hundreds of horsemen dress  up themselves and their horses to take part in thrilling horse racing.

The annual horse racing festival is held on  the fourth lunar month of the Tibetan calendar. Legend says that this festival  was initiated by the Gyantse Prince Gungsang Rabten in living memory of his  father. At the beginning it was mainly a religious ceremony with few  entertainments. Later on it was added horse racing, archery, wrestling and  shooting. Currently, there are also Tibetan Opera, music and dancing, track and  field, and ball games. Along with this, there is a swap meet and an open market  to buy authentic Tibetan crafts and a picnic where you can enjoy Tibetan food  with hospitable local Tibetans.

Gyantse is situated in a valley between  high mountains, about 245 kilometers southwest of Lhasa. Compared to the rest  of Tibet, it preserves a more of traditional way of life as Gyantse has managed  to hang onto its small-town charm and laid-back atmosphere. There’s plenty of attractions  to see in and near Gyantse, like Yamdrok Lake, Gyantse Dzong and Palkhor  Monastery on the northern side of Gyantse. 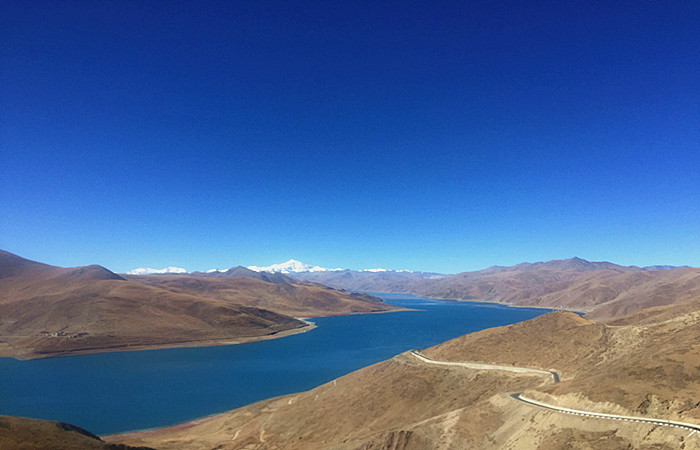 Yamdrok Lake is located by the road from  Lhasa to Gyantse. It is one of the three holy lakes in Tibet and is a sacred  place for Tibetans. Some Tibetan Buddhists circle the lake on horses once a  year. They believe that it is an alternative to the pilgrimage to Lhasa. According  to Tibetan mythology, Yamdok Lake is the transformation of a goddess. 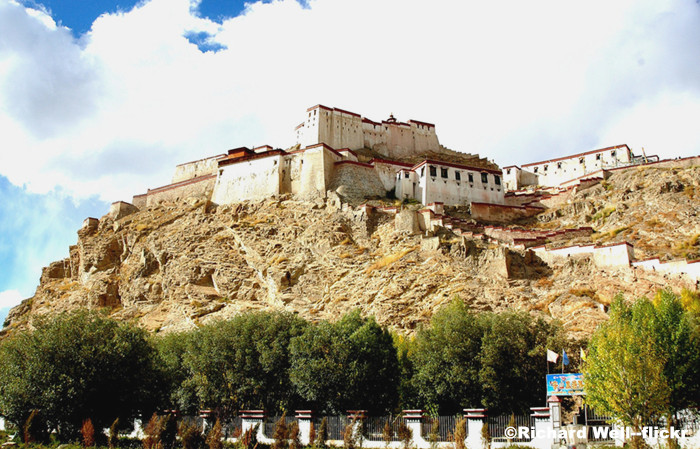 Gyantse Dzong (fortress) is one of the best  preserved dzongs in Tibet, lies high above the town of Gyantse. Gyantse is  often called the “Hero City” by local people, because of the determined  resistance of the Tibetans against the British invasion to Tibet of 1903 and  1904. The fort is still largely in ruins but a new exhibition center has been  built that houses an Anti-British Imperialists museum. It is a steep climb to  the top of the fort but the views are well worth it. 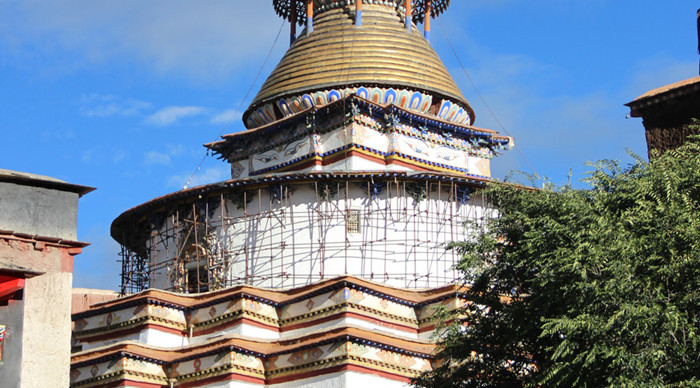 The Palkhor Monastery is the main monastery  in Gyantse. It is a fusion of Han, Tibetan and Nepali architecture so it’s very  different from other monasteries with its unique structure. Pelkhor Monastery  boasts one of Tibet's two intact examples of a Kumbum Stupa. As you ascend the  levels of the structure you may enter many small rooms or chapels in which  wonderful statues and paintings are stored.

Gyantse is an enchanting town in Tibet if  you favor exploring little-visited nearby monasteries or wandering the town's  charming back streets. 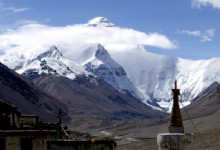 This overland tour from Kathmandu to Tibet takes you to explore holy monasteries and fa... 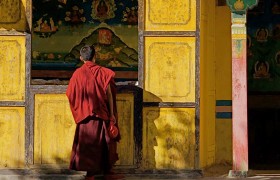