Hong Kong Stars You Should Know

Hong Kong may be known as a finance center – a towering homage to global capitalism – or as a shopping and fine dining mecca. But it is also a major cultural center, producing both film and music to rival the world’s creative hubs. 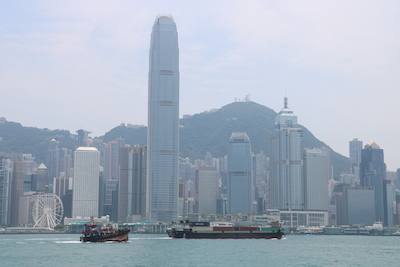 In fact, 5% of the territory’s economy is generated through various fields of entertainment. So when in town why not take some time to enjoy the stars of Asia’s World City. 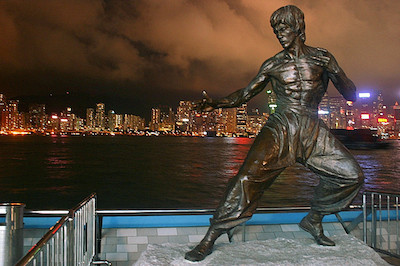 The cinema industry was for decades the third largest in the world (behind Hollywood and Bollywood) and the dominant Chinese-language entertainment medium. As a British colony, the territory enjoyed greater freedoms and easier access to world markets than Mainland China or Taiwan.

From the 1940s onwards low-budget kung-fu movies began to be made, usually about the folk hero Wong Fei Hung, that by the 1960s had produced a distinctive form of cinema, namely Hong Kong action movies. By the 1970s a veritable golden era of cinema in the territory had dawned supported by the film studio Golden Harvest who enabled the rise of trendsetter Bruce Lee.

The boom continued through the 80s and 90s with Hong Kong film diversifying, applying slicker production techniques to encompass not just martial arts flicks but slapstick comedy, erotica, and thrillers as well. The films were media-mainstays oversees, particularly in Southeast Asia as well as in the newly opened China. This period also sees a second wave of young directors like Wong Kar-wai making more creative art-house films.

The 2000s have seen the industry in decline with some believing the distinctive entity of Hong Kong cinema that emerged after World War II may have lived out its lifespan. The Mainland produces many Hong Kong films nowadays with an emphasis on mass-appeal films that are decidedly less edgy. However, there have been some bright-spots including crime dramas like the Internal Affairs trilogy (which inspired a Hollywood remake The Departed). 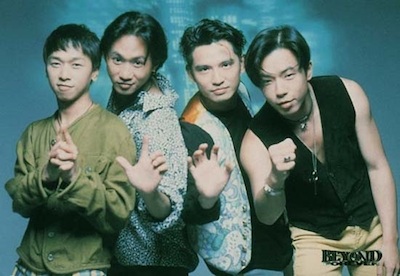 Originating in the 1970s, Cantopop reached its height of popularity in the 1980s and 1990s before beginning its slow decline in the 2000s. The term Cantopop is a contraction of Cantonese Pop Music that along with its edgier alter ego Cantorock has produced some world-renowned stars and anthems that still play throughout China and the Far East.
The music emerged in the 1960s in the territory. Hitherto Cantonese Opera had been the soundtrack to most Cantonese people’s lives. But as the Western youth culture revolution swung its way through the decade Hongkongers began to take note.

In the 1970s TV theme songs became popular, but it wasn’t until the 1980s that Cantopop came into its own as a genre. Soft rock, sentimental lyrics, and over-the-top productions, costumes and performances were the essential ingredients to any Canto-star worthy of their dim sum. The decade also saw some impressive bands form including Tat Ming Pair and Hong Kong’s answer to the Beatles, Beyond, who remain a karaoke staple to this day despite the untimely death of frontman Wong Ka Kui.

The Four Heavenly Kings, namely Jacky Cheng, Andy Lau, Aaron Kwok and Leon Lai, dominated the 1990s. The new millennium has witnessed a gradual decline in the face of stiff competition from Mandopop from the Mainland and Taiwan as well as K-pop and J-rock. However, Cantopop still produces stars and ballads to this day including Eason Chan, AGA and Joey Yung.

The Avenue of Stars is a promenade that runs along the waterfront in Tsim Sha Tsui on the Kowloon side of Victoria Harbour. Modeled on the Hollywood Walk of Fame, visitors can walk over the handprints of Hong Kong celebrities past and present while enjoying the panorama of the city. The main attractions include statues of action star Bruce Lee and the singer-actress Anita Mui Yim-Fong.
Beyond the obvious titans are the star framed signatures of some enduring talents. Of note are the prints of Chow Yun-fat, star of Ang Lee’s Oscar winning Crouching Tiger, Hidden Dragon. Kung-fu heroes Jet Li and Jackie Chan are commemorated on the avenue. Filmmakers like action auteur John Woo and post-modern master Wong Kar-wai can be found here. While mega babes of the silver screen like Maggie Cheung and Gong Li are also honored. Even Cantonese opera stars like Tang Wing Cheng get recognition as stars of this magical metropolis.