Hiking isn’t the first thing you’d think of doing when you visit Hong Kong. But, if you think the city is only good for shopping, eating, and partying till dawn, then you’re definitely missing out on some beautiful sights! Hiking in Hong Kong is incredibly rewarding, and you’ll get a mix of coastline, hills, and cultural sites.

Pack your trail shoes, sports attire, and get ready to hit up these places.

If you’re up for one of Hong Kong’s best treks, go along the Dragon’s Back. This 8.5 km walk can take you the whole day if you take your own time and enjoy the sights. The trek begins on Shek O Road, and after about 20 minutes, you’re rewarded with your first panoramic view of Shek O Peninsula and the Dragon’s Back in the distance. As you go along, the Shek O Peak itself makes a perfect stop for a recharge, with dramatic views of the coast as well as islands. The Dragon’s Back itself is a joy to trek, and you may just stop to wonder if you’re truly in Hong Kong, the same city that gave you that nasty hangover.  The end point of the trek is either Shek O Village or the Big Wave Bay, which makes for a refreshing dip after a long hike, or a seafood dinner to replenish your well-spent calories.

From Sha Tin to Kowloon Reservoir

This trail is one part of the mammoth 100km MacLehose Trail that will reward you with great views and take you past iconic landmarks like the Lion Rock.  Begin your journey at the Lion Pavilion on Sha Tin Pass Road. You will soon pass Lion Rock itself before arriving at panoramic Beacon Hill, an ancient military beacon. Eagle’s Nest is your next landmark point and gives you a view of the city, and Kowloon Reservoir is your final stop. 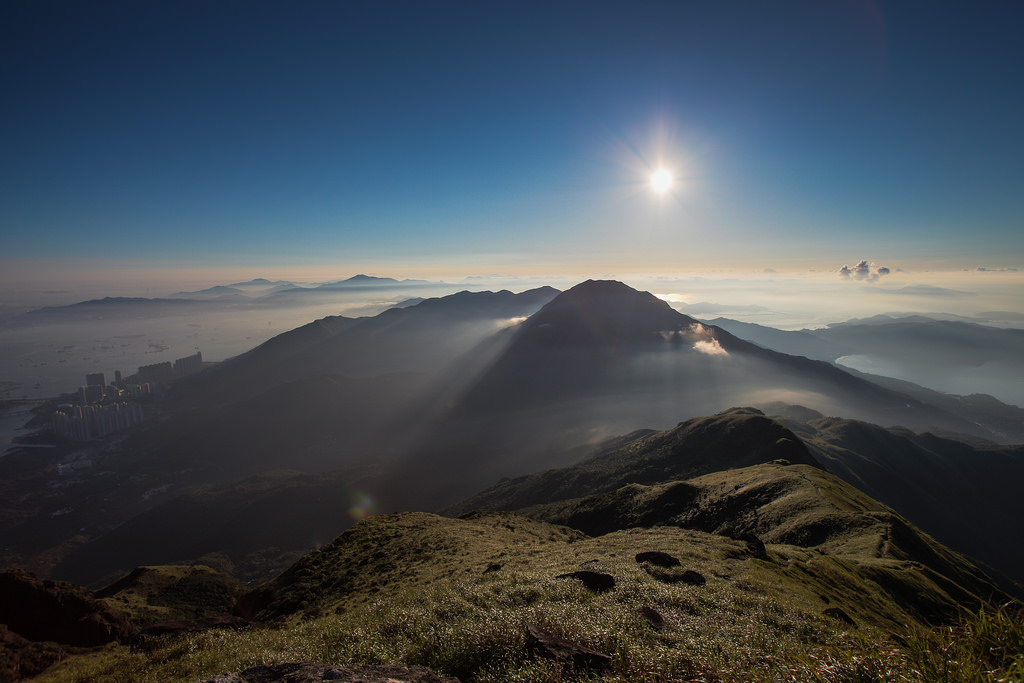 Lantau Peak is the second highest peak in Hong Kong and makes for an excellent day trek. For sunrise chasers, spend the night at Ngong Ping Hostel and being your trek at 4 am to catch a beautiful sunrise on the summit. On a clear day, you can even catch a glimpse of Macau.

Ending the trek at the Big Buddha makes this trail even more rewarding. Take the MTR to Tung Chung, then bus 3M to Pak Kung Au from where you’ll begin your trek, following road markers. It takes approximately three hours to complete this hike and can get pretty steep. Make sure you take lots of water! 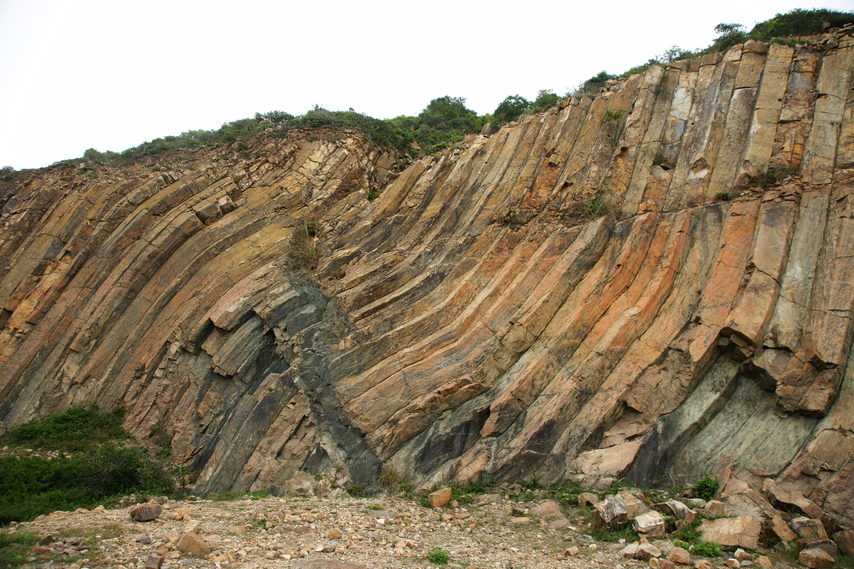 Away from the hustle and bustle of the main island is Sai Kung, an idyllic island that’s known for its natural beauty and amazing seafood. But just so you deserve to feast, later hike around the peninsula, which also happens to be sections of the MacLehose trail.

The trail takes you past the West Dam of the High Island Reservoir, which gives you an unobstructed view of the mountains and coastline. For geography geeks, the reservoir is part of the Hong Kong UNESCO Global Geopark, thanks to volcanic columns that are unique to this place and hardly seen anywhere else in the world. Continue to get to East Dam, where you will see rock formations made of lava, debris, and volcanic ash. These columns are hundreds of millions of years old, a perfect contrast to the obsession with all things new and shiny on the main island.

This is a long trek that will take about seven hours and into nature with stunning views of coasts and rocks. 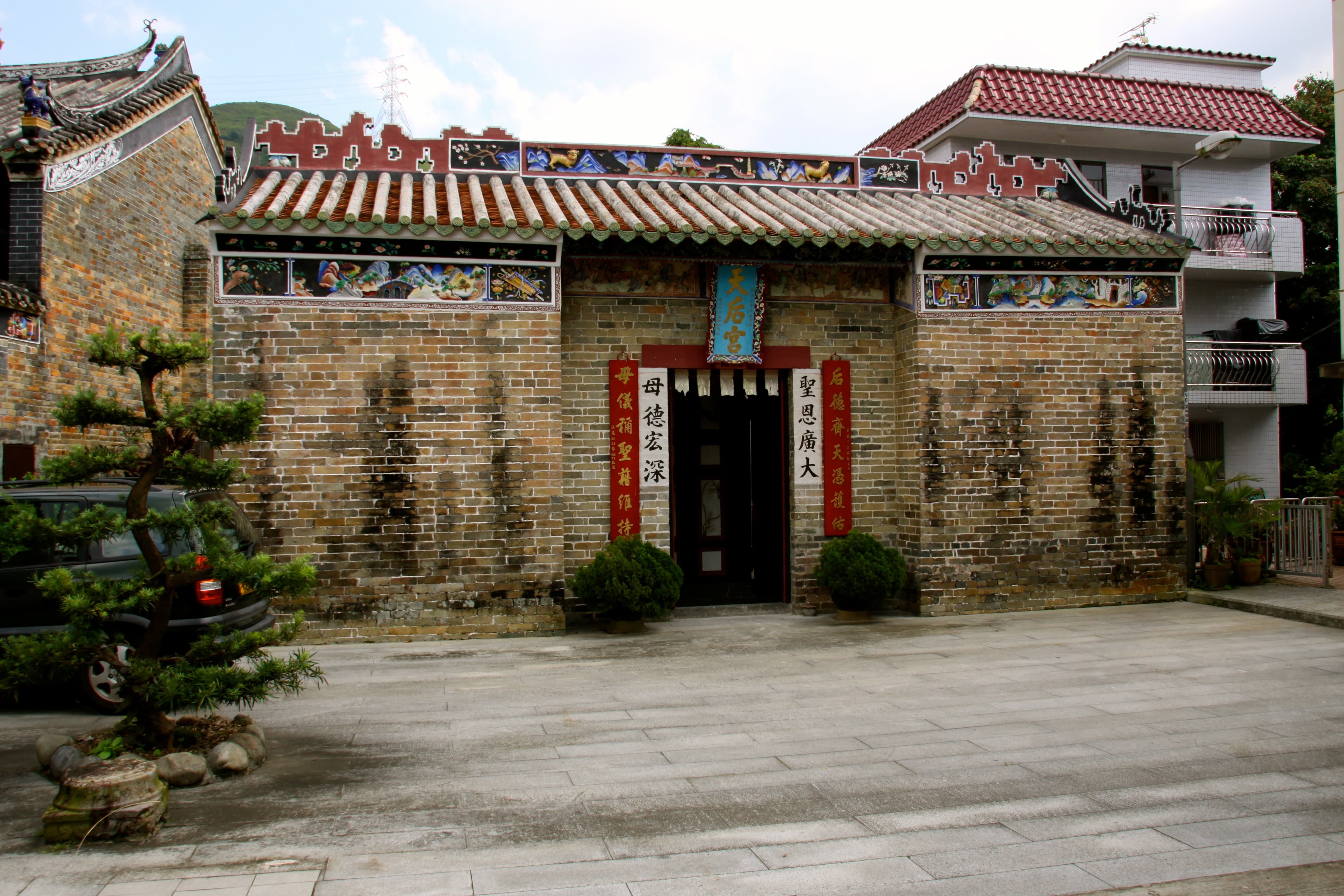 Hong Kong’s trails aren’t just for nature buffs. History and culture lovers can get their fix with the Leung Yuk Tau Heritage Trail, which is a 4.5km-long trail that takes you through five walled villages. These are well-preserved and have a history that dates back to the Yuan dynasty between the 13th and 14th century. These walled villages were built by descendants of a princess of the Song dynasty and her husband of the Tang clan.

You’ll be able to visit ancestral halls and temples here, including Tin Hau Temple. Tin Ha is known as the Goddess of the Sea and as you can imagine, plays a significant role in Hong Kong, whose harbor has been its lifeblood.

This is a relatively short hike but could take an entire day if you want to spend more time admiring the details of these heritage sites.