For most cities around the world, landmark architecture is indispensible and there is no exception to Hong Kong. Do you know what Hong Kong’s landmark is? This time I will introduce you the Golden Bauhinia Square.

The Gold Bauhinia Square, a wide open area in North Wan Chai of Hong Kong, is of great importance in the handover of Hong Kong and the establishment of Hong Kong Special Administrative Region. As we all known, Hong Kong was controlled by Great Britain as a colony in the history and considered as “the richest jewel in the British Crown” by English people. 100 years later, it was finally returned to the People’s Republic of China on 30 June, 1997 and the handover ceremony was held in the Gold Bauhinia Square. During the ceremony, the forever blooming Bauhinia statue was sent to Hong Kong as a present from motherland, commemorating this historic moment in Chinese History. 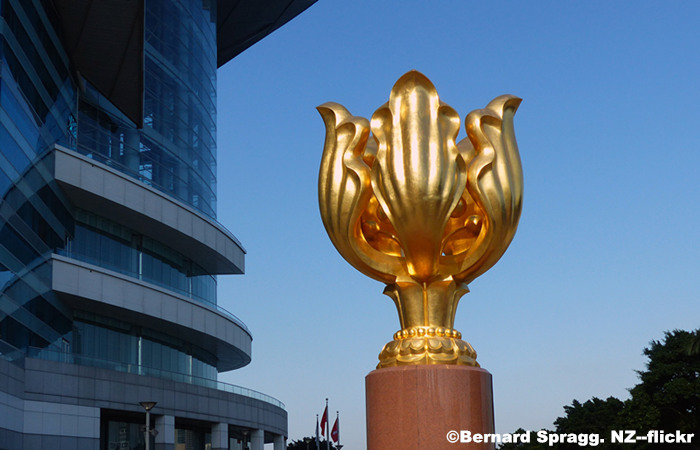 Forever Blooming Bauhinia Statue
The forever blooming Bauhinia statue, about 6 meters high, is located near the Hong Kong Convention and Exhibition Center. It looks like a vivid bauhinia sparking in the sunshine during the day time and a gorgeous golden jewel in the colorful light effect at night. It is so spectacular, right? The Gold Bauhinia Square gained its name from it. In most Hong Kong local people’s eyes, it is a typical symbol which represents Hong Kong Reunification Day. Nowadays, it is frequently visited by domestic and foreign tourists as an important spot. 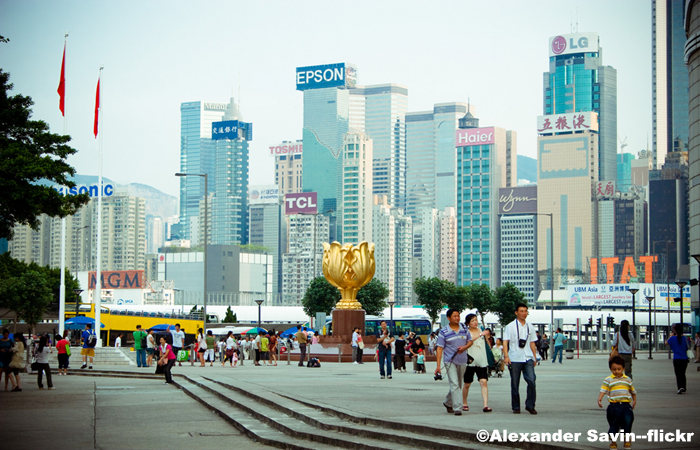 and 1 October. Without doubts, the flag-raising party of Hong Kong Police Officers and the Police Pipe Band will participate in the ceremony, leaving a great impression to the visitors. You can both witness the whole process of flag raising ceremony and enjoy some other music performed by the Police Pipe Band! Get up early and head for the Golden Bauhinia Square! 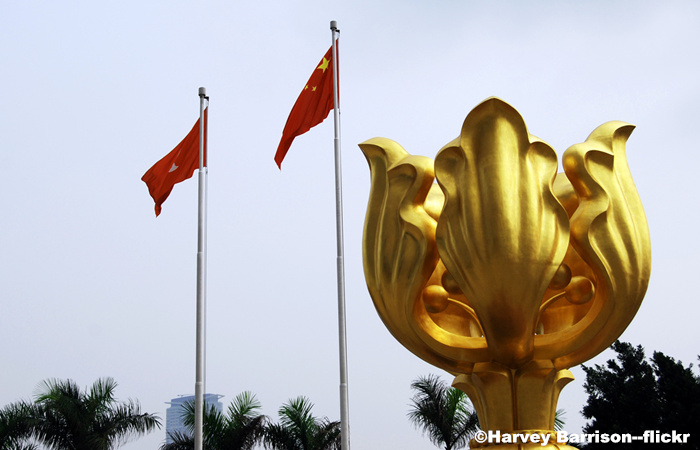 Travel Tips: 1. the daily flag raising ceremony may be cancelled due to a bad weather. So we recommend you to choose a fine day to visit the Golden Bauhinia Square. 2. the most convenient way to arrive here is to take the subway. (Wanchai MTR Exit A5). It will take you about 10 minutes to walk to the Golden Bauhinia Square. 3. The ceremony is held in the morning, please get up early so that you will not miss it. 4. On the second day of Chinese New Year and National Day, there will be a firework show here for you to appreciate.