Sera Monastery of Lhasa - Center of Buddhism in Tibet

Tibet is a great destination of wonders, not only for the stunning landscapes, ancient culture relics, but also for the devout pilgrim of religion. As Lhasa is the center of Buddhism of Tibet, there are many influential temples in this city. Sera Monastery is one of the important temples among them. 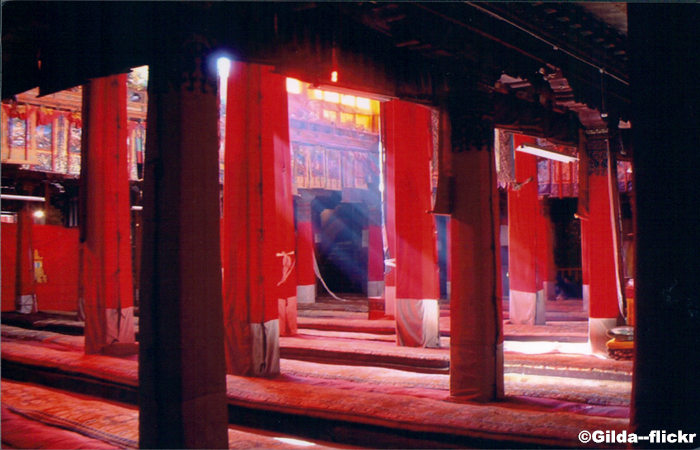 Located in 1.25 miles north of Lhasa, Sera Monastery is one of the great three Gelukpa monasteries of Tibet along with the Drepung Monastery and the Ganden Monastery. The origin of the name “Sara” is attributed the site where the monastery was built surrounded by wild roses in Tibetan.

Sara Monastery was built in 1419 during the Ming Dynasty (1368-1644). The monastery is covers an area of 114,946 square meters. Its main buildings are the Coqen Hall, Zhacang (college) and Kamcun (dormitory).

Sara Monastery looks magnificent. In the monastery, there are thousands of well-preserved gold Buddha, mostly of which are produced in the local but some are brought in from India. Besides these valuable Buddha, a lot of unparalleled frescoes are also cherished in the monastery. 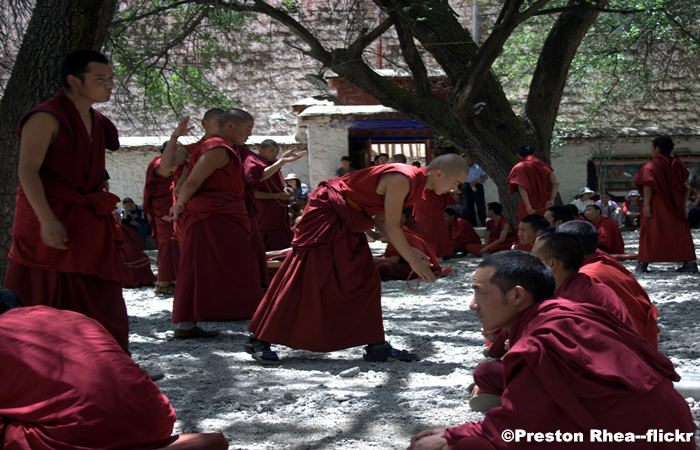 What attract the travellers more is the debating of Buddhist Doctrines. This special form of debate is original from India. The debate are usually held in an open courtyard of the monastery where provided a comfortable palace to the lamas to learn the Buddhist Doctrines. The form of this special debate is always like that, two lamas stand on the different two parties, one party is responsible for asking questions while the other party to answer. The answering party usually doesn’t ask. The asking party need to ask until the answering party can’t reply. The debate is fierce and vivid by using a variety of gestures including clapping hands, punishing their partners in words, pulling their prayer beads or laugh at the partner who can’t reply the answers. The debate is actually a way of study for lamas to learn more efficient in Buddhism field.

When you have chance to visit the great monastery and participate these important events of Sara Monastery, you will certainly has strong feeling about the elegant monastery and strength of the belief!

1. Lamas usually have Buddhism debates in the special courtyard in Sara Monastery from 3 pm in Monday to Friday. The debate usually lasts about one hour and a half. Sometimes it may be held on Saturday.

2. The Sera Bengqin Festival held in the Sera Monastery on December 27 of the Tibetan calendar (about February in the Gregorian calendar).