Shenzhen’s leap from manufacturing hub to consumer central has been breathtaking. Visit one year, and migrant workers crowd minibuses bound for the assembly line, a few years later, and the city is brimming with clothes designers driving BMWs to fancy malls and glitzy nightclubs. 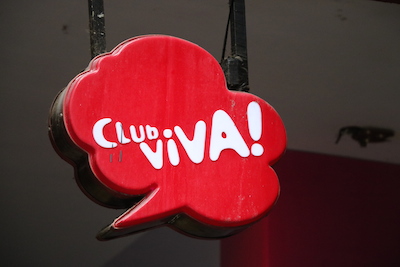 Nowhere does bling like Shenzhen. After all, it has all the ingredients to brew the perfect glamor stew – a gauche nouveau riche population salivating at the prospect of experiencing some ‘international’ hedonism. Proprietors have a license to print money, and spend it they do, on the most tawdry, outrageous and gaudy bars imaginable. If pleather high-heels, faux liquor shots, and happy house beats are your thing, Shenzhen has the nightscape to keep you distracted ‘til dawn. 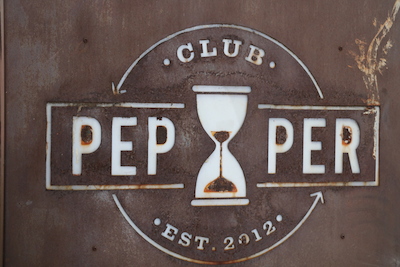 If Lang Kwai Fong has a reputation as something of brash and boozy hub in Hong Kong, Shenzhen takes it to the next level in the bar area around Shopping Park opposite Coco Park. You can literally smell the vodka in the floorboards.

Pepper Club has been the place to be seen since opening in 2013. Slick décor, efficient service, a dress code and high prices maintain a sense of prestige, though the level of entertainment is decidedly base. Located on the second floor of the Bar Street, Pepper typically attracts fashionistas for refreshments with a dance floor pulsing to the beats of co-owner, DJ, and all round babe Gloria Ansell as well as guest disk jockey performances from the likes of Boy George and Nick Warren to name but a few.

On street level, bars become even more bling a ding ding. Bang Club (with its catchy buzz phrase Bang Bang Bang) turns up the volume with a soundtrack of drum n bass, house, and techno supplied by DJ Mantis and his equally formerly branded Mantis Project Crew. The bar has outdoor and indoor sections ensuring you can show off your Gangnam Style routine no matter the weather. On Wednesdays, there’s a rare reprieve from the party set with the Bang Sessions – a live music series featuring local and expat troubadours who play a mixture of original and cover songs. Bang also serves-up falafel and chicken wraps, ensuring that if you sink a shot too many, you can temper the fire with some stodge.

Down the line, Club Viva has been enabling millennials to binge drink, binge boogie, and binge barf since its inception several years ago. The décor looks like Lady Gaga was employed as a consultant, fusing a color scheme and furnishings that suggest that the theme was simply to abandon the idea of a theme. How post-modern! Indoor and outdoor seating, a sizeable terrace and DJs spinning the party hits (both contemporary and retro) ensure this is the place to “get jiggy wit it” as only Shenzhen knows how. 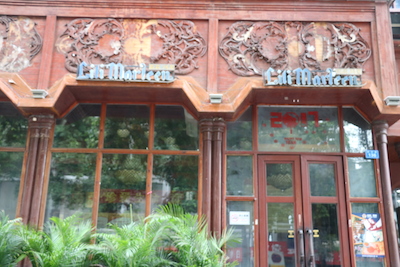 The cream of the crop has to be Lili Marleen. That’s right, there’s a bar named after a German World War Two love song! Apparently, North Europe also inspired the décor, though it mostly looks like a jumped-up karaoke joint with weird Western pretensions. Targeting the local crowd, this is more a whisky-and-green-tea sort of place, with cabaret entertainment distracting partygoers from their all night liars dice contests. Still, if you want to mingle with the masses, this is probably your best option in the neighborhood.

You can go more up-market in Nanshan with some swanky jazz bars to burn your salary in. Over in the OCT Bay CJW – Cigars, Jazz, Wine – is a flash venue that offers international entertainment of the pop-jazz and soul ilk. The bar has a refined setting with a menu that only Warren Buffet and company could afford to match. The pretention barometer tips 100 degrees in the OCT Loft too. In venues like Penny Black, an outdoor bar that also claims to be a jazz café, though live pop, Xinjiang guitar music, and comparably pricey drinks, imply its more about placating posh patrons in an agreeably leafy setting that is actually delivering real jazz.

If you want to avoid Toff Toffington and the moneyed set head to the old expat hub of Shekou. Here you can get down and dirty in some no fills dingy dives par excellence: Pool tables, Filipino classic rock and all-American mass produced lager can be indulged in venues like X-Ta-Sea, The Snake Pit and The Tavern Sports Bar to name but a few dimly lit holes that festoon the strip. Most of these upstanding establishments can be found in Seaworld and around Coastal Rose Gardens.