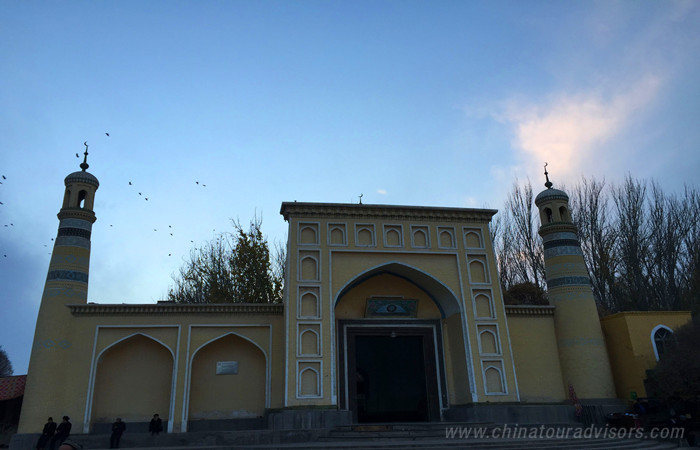 Located in the west of the Idkah  square, Kashgar city, covering an area of 25.22 acres, Idkah  Mosque is not only the largest mosque in Xinjiang, but also one of the  largest mosques in China. The buildings are all built in traditional ethnic and  religious Islamic style. Idkah Mosque is divided into 7 parts, the main sights  includes the main hall, outside hall, courtyard, Hall of Prayer, gate tower and  other structures. 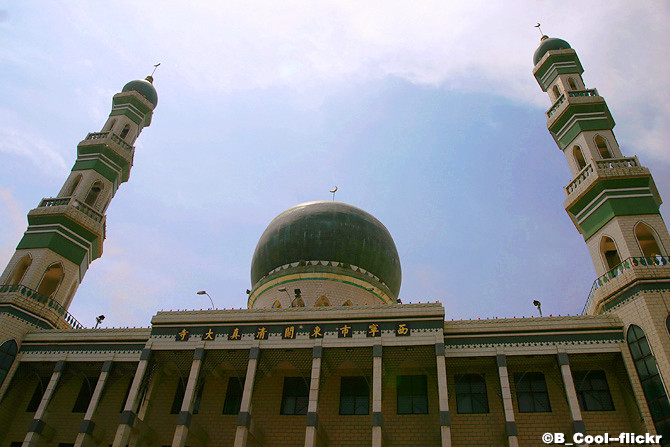 Located in Dongguan Street, Chengdong  District, Xining City of Qinghai Province, the Xining Dongguan Mosque is  the best-preserved mosque in the city of Xining. Also the Xining Dongguan  Mosque is one of the four great mosques in northwest China. Dongguan Mosque was  first constructed in the year of 1380 during the Ming Dynasty (1368-1644). After  being rebuilt in 1913 and expanded in 1946, the existing mosque went through its  final renovation in 1979. 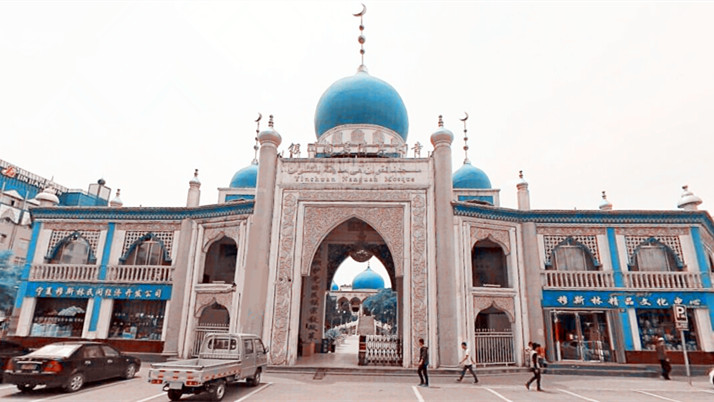 Yinchuan Nanguan Mosque is home to the Islamic Cultural Centre of Yinchuan. The original  mosque was built during the end of the Ming dynasty and rebuilt and expanded in  1916. Covering an area of  2,074 square meters, the mosque is divided into two layers. The building  follows the Arab architectural style and ethnic characteristics. The fine  intricate details of the décor are truly magnificent. 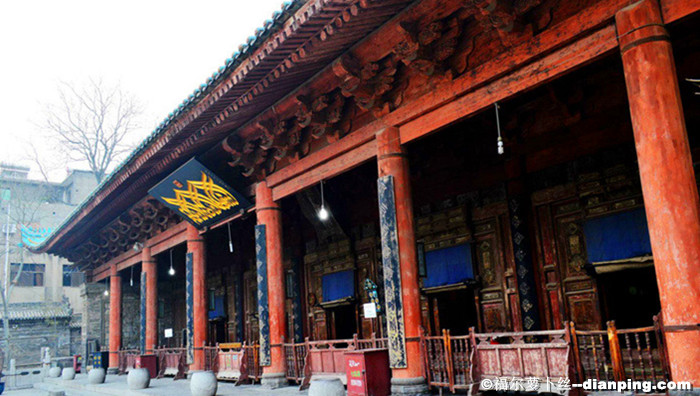 Xi'an Great Mosque, as the largest and  best preserved mosque in Xi'an, it is one of the principal mosques in China. It  is located in the northwest of the famous Drum Tower on Huajue Lane Xi’an  Great Mosque has a long history that dates back to the year of 742 of the Tang  Dynasty. The whole complex of the mosque is built into a rectangular shape  running the east-west trend. The mosque can be divided into four courtyards  with lush trees, geometrically arranged flower nurseries, carved stone and  gateways inside.