Wander the Golden Fields of Luoping

Luoping lies in the eastern part of the province, 228 kilometers east of Kunming, neighboring Guizhou and Guangxi. Luoping is dominated by karst features with small basins among mountain ranges. Luoping has now been made famous by the fantastic photos shot by modern day photographers and tourists. 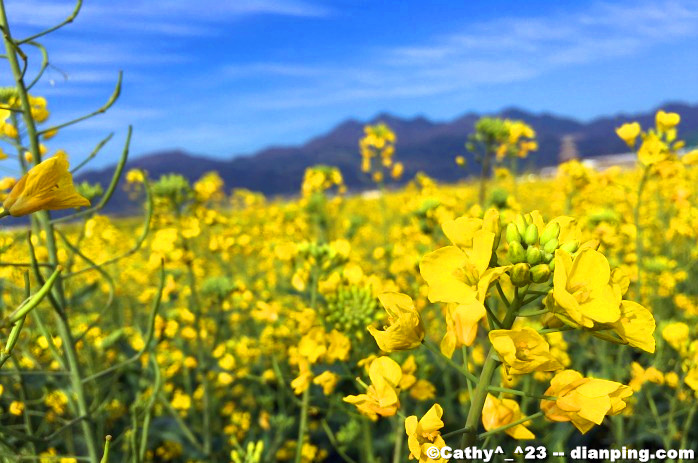 --Karst formations in the beautiful golden rapeseeds flower fields
Each spring, the blossoming rapeseed flowers of Luoping draws flocks of tourists and photographers. Farmlands are covered in golden rape stretches right up to the horizon, forming a sea of yellow buds and filling the air with the refreshing scent of spring. 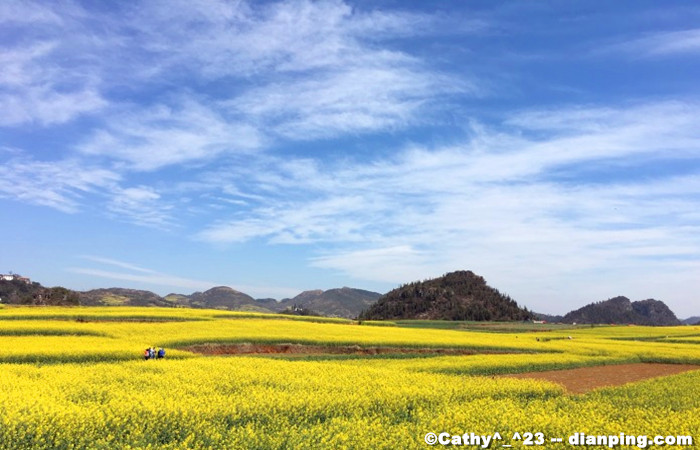 --Dreamy scenery of the village from the blossoming fields

Taking a walk through the fields on an early spring morning the waves of rape flowers swaying in the gentle breeze, with the background scenery of Luoping town in the distance, standing in the golden sea is the best reward for a carefree daydream.

Jinjifeng
the most famous spot to view the rapeseeds flower is Jinjifeng(Golden Chicken Peak). Ticket office lies in Lingyi Temple on the halfway up to the mountaintop. But there is another ideal place just a few hundreds metres from Jinjishan to down town direction. Turn left when seeing the sign board, a knoll there is free for stepping to. Many photographers get set up on the top to shoot the sunrise and sunset over the flowers sea. 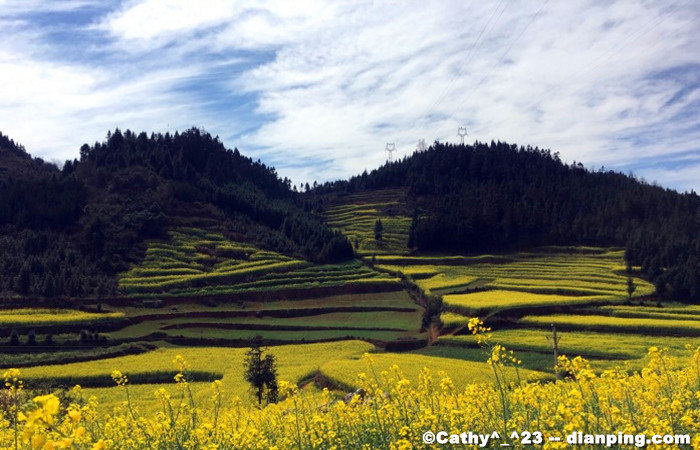 Getting there: minibus from downtown to Jinjilin, takes about 10-15minutes

--Immerse yourself in the sea of flowers
Jiulong Waterfall

The Jiulong water fall consists of a 10 tier waterfall grouped together in a valley. They appear in different shapes which are truly magnificent and beautiful. The biggest waterfall is with a drop of 56 meters and 110 meter in width. During the dryer seasons, the elegant waterfall hangs like a sliver chain in the sky. The second biggest waterfall called Lovers Waterfall is a deep pond. The other waterfalls also have their distinctive features.

Getting there: minibus from downtown to Jiulong Waterfall that takes about 65 minutes.
Admission: 60RMB 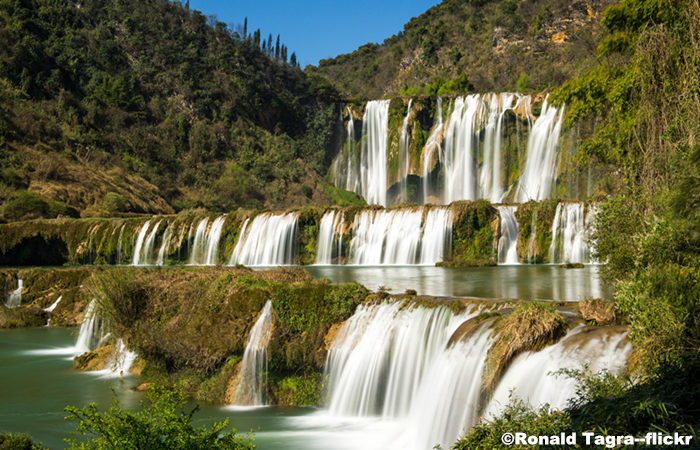 -- Enjoy the sounds of nature in the serene atmosphere

Duoyi River
Duoyi River lies 33 kilometers south of the county. Formed by the water from 5 underground springs, the 12 kilometer Duoyi River runs 40 kilometers to the southeast of Luoping Town. The clear river has more than 50 shoals formed by waterfalls.

The customs of the Buyi ethnic minority is even more charming. On the 3rd day of the 3rd month of the lunar calendar, young men and women of the Buyi group gather on the river bank to celebrate the festival, activities that involves bamboo raft racing, splashing water for sport singing in antiphonal style for courtship and offering an array of their local foods such as colored rice, fish with bamboo shoots.

-- Bamboo rafting across the crystal clear waters of the Duoyi River

Lubuge Gorge
The Lubuge Gorge is located 40 kilometers southern of the county. "Lubuge" is from Buyi language, meaning "a beautiful village". The major scenic spot is the Power Dam and its artificial lake. The project was designed by engineers from Britain, Italy, Germany and China. The human power made the valley into a fascinating view with the 18 floor dam which is like a labyrinth.