The world’s longest glass bridge of Zhangjiajie National Forest Park has been successfully constructed. It has been announced that the bridge will be open to the public starting from May 1, 2016. The bridge which is 430 meters in length and 6 meters wide is the world’s longest suspension bridge with the highest bungee platform. This new bridge is 300 meters above the canyon and can hold 800 people. Zhangjiajie also has another glass bridge that suspends 180 meters above another canyon. This bridge was opened to the public this year and due to its popularity the number of visitors had to be limited to the park due to safety concerns. 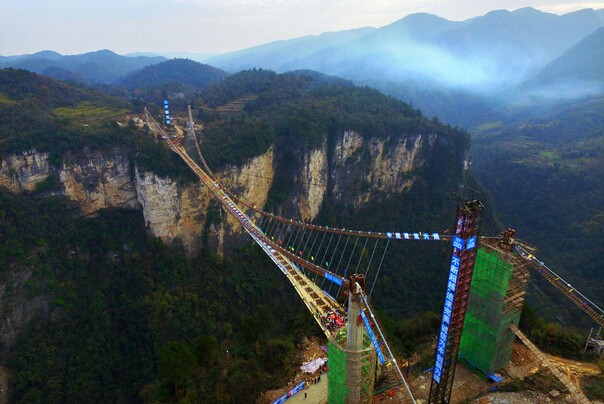