Zhangjiajie Grand Canyon which is a staggering 980 feet above the ground  has opened the longest and highest glass bridge in the world. The Zhangjiajie  Grand Canyon Glass Bridge was officially opened on August, 20. The bridge is  over 430 meters in length and 2 meters in width. The bridge can withstand 800  visitors at once. Although the bridge is opened to the public it is not  complete yet. It is said that by June, 2017 tourists will have the option of  bungee jumping off the bridge. 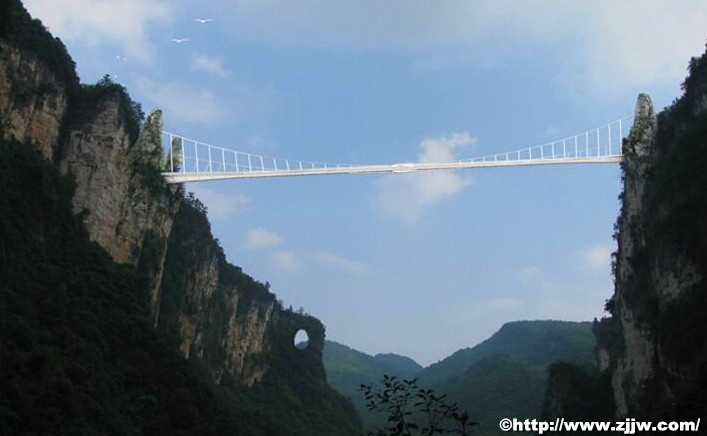