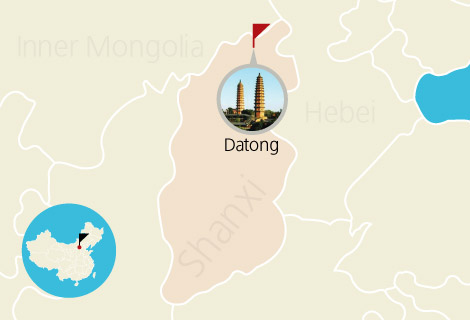 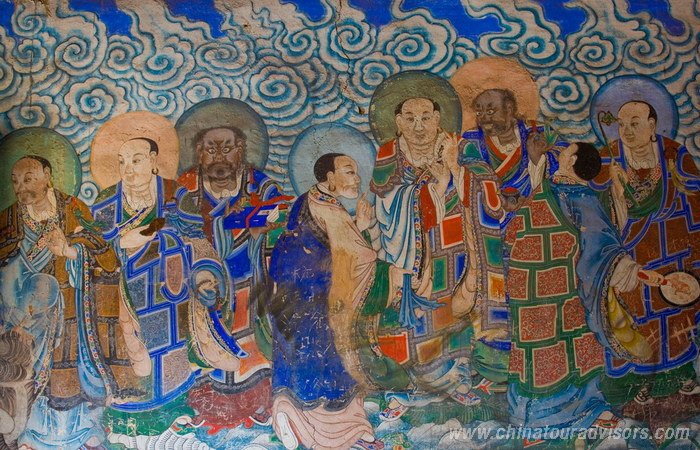 As a historical and cultural city, Datong has a lot of valued sites to explore. This one day trip brings you to visit the most highlighted attractions in Datong.

Our guide will pick you up at your designated place, your hotel, airport or the train station, then transfer you directly to visit Yugang Grottoes as the starting of your Datong tour. Yungang Grottoes are one of China's Great Grottoes which were built 1,500 years ago. There are 45 caves open for visit with thousands of Buddha statues seated. These delicately carved Buddha statues are of different sizes, different expressions and postures. These lively statues with rich and impressive expressions are truthful reflections of the life in the ancient North Wei Dynasty. When you are enjoying these art works of stone carving, you would also be impressed by the profession and wisdom of the ancient people who made these statuses.

Next our guide will take you to visit Hanging Temple. The Hanging Temple, as the name suggests, is a temple hanging somewhere not built on the ground. Constructed according to the natural layout of the cliff on the basis of mechanics, this temple is actually supported by crossbeams which are fitted into the cliff. With a complex of three religious halls and 40 rooms, this temple is linked by mid-walkways from the left to the right. There are clay sculptures, stone carvings, copper and iron statues characterized by Taoism, Buddhism and Confucius. The odd structure, crafty design, bold construction, artistic value, and the combination of Taoism, Buddhism and Confucius have made the Hanging Temple an architectural wonder and hot attraction.

The last destination for today will be Shanghua Temple. The Shanhua Temple is located in the southwest of Datong City. The temple was firstly constructed in Tang Dynasty and was rebuilt in Jin Dynasty (1115-1234) after it was destroyed in Liao Dynasty (916-1125). The Shanhua Temple is consisted of Daxiongbao Hall, Sansheng Hall, Puxian Pavilion, Wenshu Pavilion and Main Gate. As the best-preserved temple of the Liao and Jin dynasties, the solemn Shanhua Temple stands out by its grand construction and spiritual background among Buddhist temples.

As this tour ends, our guide will transfer you to your designated place. Have a nice time!

* This is a private tour, only you and your family or friends will be in this tour. Please feel free to contact our tour advisors if you need any changes of itinerary, hotel or anything else, we would adjust the tour for you.
* Prices may vary according to your travel time and are higher in the high season, e.g. Labor’s Day (Apr 29-May 5, 2014), China National Day Holiday (Sep 29-Oct 8, 2014), and Chinese Spring Festival (Jan 28-Feb 7, 2014). * If only one person is traveling then the single room supplement is not required. If, for example, three people book a hotel, with two in one room and one in another room, the single room supplement must be paid.  * You will enjoy more discount if there is more people join the tour.