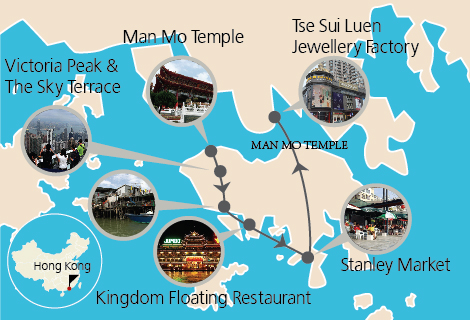 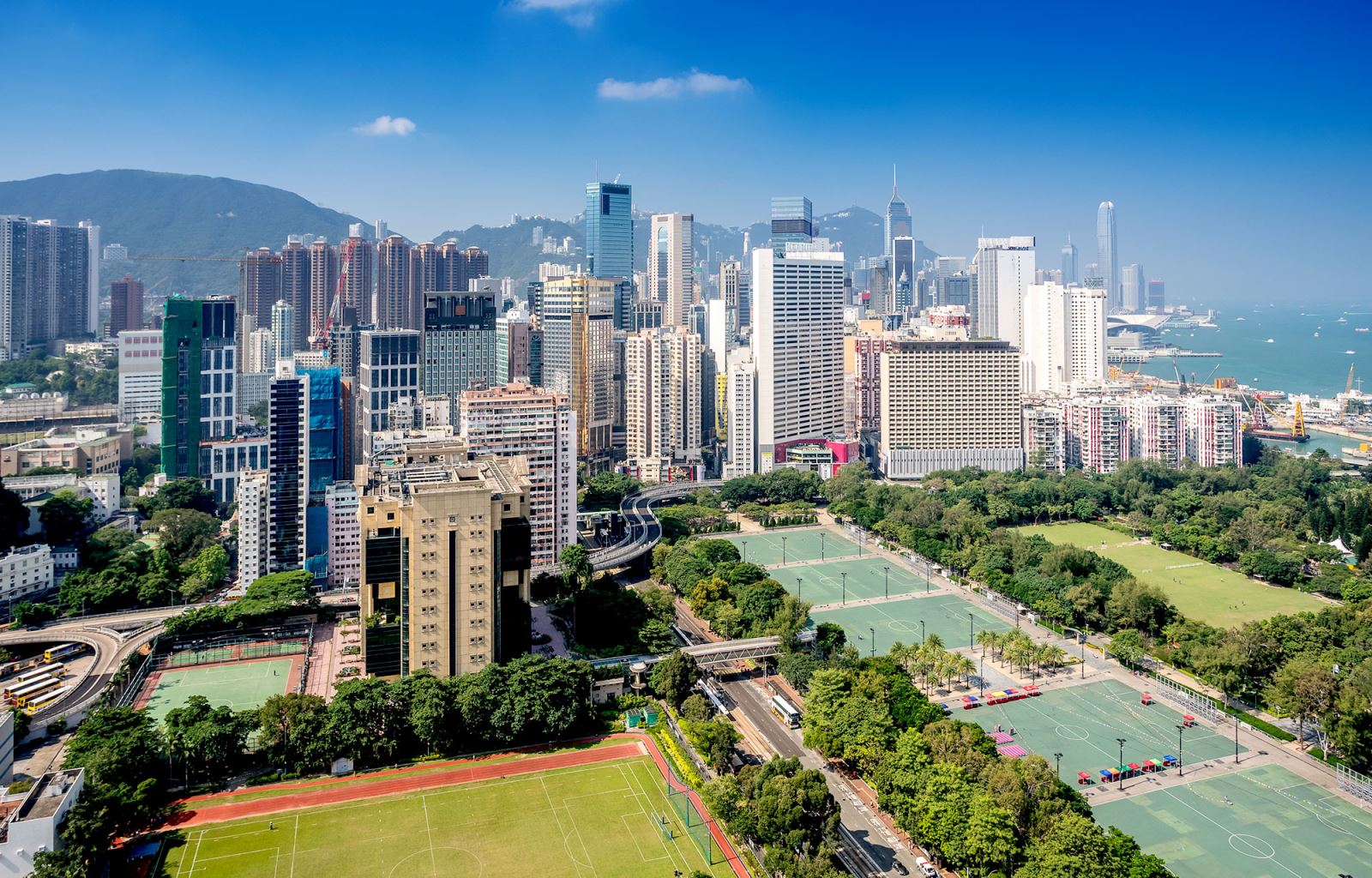 Take a stroll at Stanley Market for Chinese style souvenirs. It’s a real shoppers’ paradise to find amazing bargains. Stopover at the award-winning TSL jeweler to appreciate the fine works by the craftsmen.

This is a classic Hong Kong Island Orientation Tour.

Book Now
Day 01 Full Day Deluxe Hong Kong Island Tour with lunch
Detailed Itinerary: You will have a 7-seater with a tour guide and a driver, only work for you.  Hotel pickup at 08:30.

Your tour through Hong Kong begins with the first stop at Statue Square, a public square in Central, Hong Kong. Built at the end of the 19th century, it originally contained the statue of Queen Victoria, in commemoration of the Queen's Golden Jubilee in 1887. Today, the only freestanding statue on the Square is the statue of Sir Thomas Jackson, the chief manager of the HSBC Limited in its early years.

The 2nd stop is Former Legislative council.  It housed the former Supreme Court from 1912 to 1983 and the Legislative Council from 1985 to 2011. This two-storied building is supported by ionic columns, its most outstanding feature is the central pediment that contains the statue of the Greek Goddess of Justice, Themis who is blindfolded and holds a scale.

Next you will visit Man Mo Temple, a traditional Chinese temple built in 1847.

Afterwards you will take the 1,223-foot-long (373-meter-long) tram ride up to Victoria Peak. Go to Sky Terrance 428, and see 360-degree panoramic sights of the city.  where you'll be amazed by the spectacular view of the surrounding city skyline such as the world famous Victoria Harbour and Kowloon area, towering skyscrapers and peaceful green hillsides.


Proceed to Aberdeen Fishing Village, where you can experience a Sampan ride (included) around the harbor for close views of the daily life in an old traditional fishing village.
Enjoy a dim sum lunch at World’s largest floating restaurant – Jumbo Kingdom, a legendary and classic dim sum and seafood restaurant which hosted numerous international dignitaries and celebrities before, including HM Queen Elizabeth II, film stars Tom Cruise, Chow Yun Fat and Gong Li,  and other valued visitors like us.


Visit Tse Sui Luen Jewellery Factory to see its artisan designs. Free time in Stanley Market in the afternoon.  This is a place known as Shoppers' Paradise where you can find a wide variety of souvenirs such as silk, garments, sportswear, Chinese artwork and accessories.