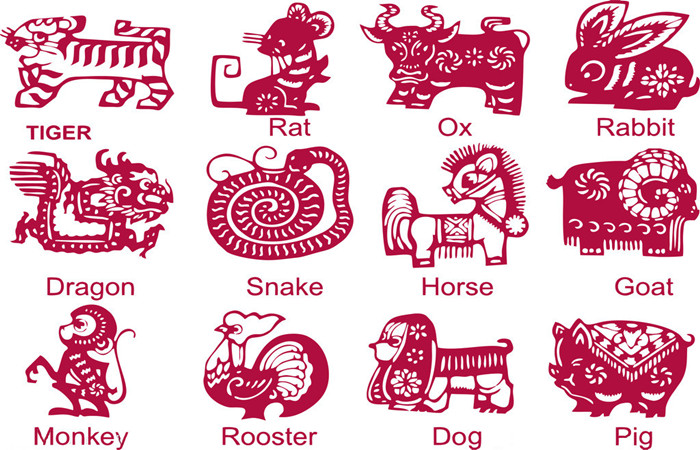 Chinese New Year has been associated with the Chinese Zodiac since the Spring Autumn Period (771 to 476 BC). The 12 animals associated with the Chinese Zodiac are: Rat, Ox, Tiger, Rabbit, Dragon, Snake, Horse, Goat, Monkey, Rooster, Dog and Pig. According to the Chinese zodiac, it is believed that your birth year tells you more than just your age. It is believed that there is a connection between people and the animals in the Chinese zodiac. 2016 is the year of the Monkey and will begin on the February 8 2016. Those said to be born in the year of the Monkey are said to be charming, clever, witty and mischievous.

It is generally considered that one's zodiac sign is decided by the designated animal for the year he is born. Actually, in the system of Chinese astrology, one's zodiac sign is also decided by month, by day and by hours, also is related to the Five Elements, the ten heavenly stems and twelve earthy branches. Hence, to get one's exact zodiac sign, factors include twelve animals, five elements, twelve months, ten heavenly stems and twelve earthy branches, and twelve-two-hours periods should be taken into account.