Previously known as Jehol or Re He, Chengde is a prefecture-level city in Hebei province, People's Republic of China, situated northeast of Beijing. The Chengde city is home to large populations of ethnic minorities, particularly the Mongol and Manchu. The name for Chengde in Manchu is Erdemu be aliha fu. 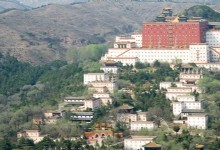 The Eight Outer Temples is the emperor's summer residence during the Q... 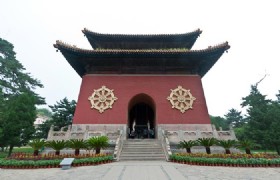 Putuo Zongcheng Temple is located in the north of Chengde Summer Resor... 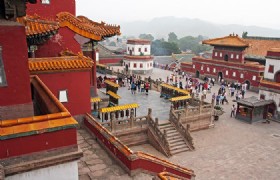 Located near the Chengde Mountain Resort, and alongside the equally fa... 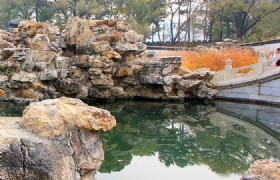 The Mountain Resort in Chengde is a large complex of imperial palaces ... 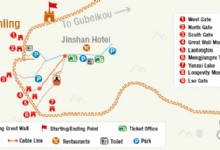 Find maps of Chengde, including Chengde's regional location to other parts of China as well as . Our Chengde travel guide ( includes weather, living, food, weather, transportation, etc.) has heaps of useful information and tips! > See More

As a famous historical, cultural and historical city in China, Chengde is not only has profound cultural heritage, but also teems with a variety of unique folk arts and crafts. Chengde boasts a lot of special souveni such as Teng's Cloth-Pasted Painting which is regarded as a "unique talent of Cathay", Fengning Paper-cutting, Chengde Woodcaving, Summer Resort Hanging Brocade...> See More

Chengde is located in a fertile area in Hebei Province and produces maize and sorghum and also yields excellent local chestnuts, mushrooms and apricots. The land there are quite complex, including forested areas, grasslands, mountai, plai, hills, and valleys. This fresh produce, as well as the culinary legacy of the imperial cooks, mea it is possible to eat very well here. ...> See More

Chengde City has lots of culture and entertainment activities such as the Qing pleasures dance, Manchu style dance, Putuo Light, Kuixing point of the Big Dipper dance and folk dance, etc. There are also doze of places for entertainment, including the KTV dance halls, bowling alleys, bath cente could be found in the city as well. After a good time in the daytime, tourists can en...> See More