Kaifeng, known previously by several names, is a prefecture-level city in east-central Henan province, Central China. As one of the Seven Ancient Capitals of China. As with Beijing, there have been many reconstructions during its history.

Best Time to Visit: Spring (March to May) and Autumn (September to November) 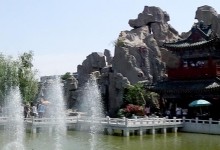 Kaifeng Government Hall is a famous scenic spot, is a replica of ancie... 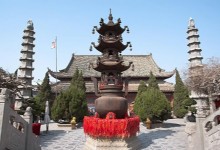 Daxiangguo Temple was fit built in 555 AD during Qi Dynasty with new b... 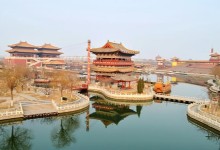 Qingming Riveide Landscape Garden is cotructed with this famous painti...

Find maps of Kaifeng, including Kaifeng's regional location to other parts of China as well as . Our Kaifeng travel guide ( includes weather, living, food, weather, transportation, etc.) has heaps of useful information and tips! > See More

There are more than 100,000 commercial service sites in Kaifeng city. The main business streets are the Bookstore Street located in the city center, Sihou Street and Drum Tower Street. The main department store and markets are the Model Shopping Center, Xiangguo Temple Market, and People's Department Store.These are the best shopping place. Kaifeng as a historical city ...> See More

Kaifeng was the capital of several dynasties, so the cooking culture is very rich and colorful. Kaifeng was also the birthplace of Henan Cuisine, based on the royal cuisine of the Northern Song Dynasty The most characteristic Kaifeng dishes include Sweet and Sour Carp with Baked Noodles, the Four Treasures Wrap and Steamed Rib with Bamboo Shoot. For snack foods, th...> See More

Nightlife in Kaifeng is not as colorful as in larger cities. The number of ba and clubs in Kaifeng is very limited, so it is not the right place for night dwelle and party animals. In this old city, it is interesting to take a leisurely stroll or do some hard bargaining in the night market. If you want something livelier, the Hangtian Night Club, allegedly is the most ...> See More