Situated in the west of Henan Province, Luoyang is among the first group of famous historical and cultural cities approved by the Chinese goverment, and an excellent tourism city of China. Luoyang enjoys a reputation of being the "Capital for the 13 dynasties". Starting from Xia Dynasty (16th - 21st century B.C.), the first dynasty in Chinese history, Luoyang served as a capital for 1,5000 years of 13 dynasty. It has an area of 15,492 square km and a population of 6.62 millions. 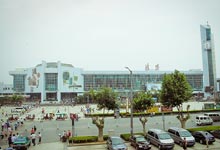 Luoyang Railway Station was originally built in 1908 but went through ... 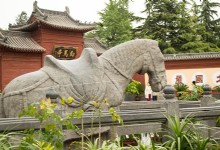 Situated in Baimasi Town of Luoyang, it is a national AAAA tourism zon... 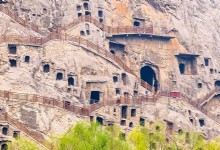 Find maps of Luoyang, including Luoyang's regional location to other parts of China as well as . Our Luoyang travel guide ( includes weather, living, food, weather, transportation, etc.) has heaps of useful information and tips! > See More

Henan Province's ancient economy was based largely on traditional art and crafts, which were traded exteively throughout the country. Shopping in Luoyang China you will find not only handicrafts but great works of art. The most famous would have to be the peonies that are found all over the place, flowe that are also the symbol of the city. Tang Dynasty Three-color Glaz...> See More

Luoyang local food is really unique and has big connection with the culture and history of serving as the capital of many dynasties, especially the stunning 24-coue Water Banquet and Carp Dishes stunned most of the tourists.It is one of the famous food of China. Luoyang Water Banquet Totally 24 coues are served at the banquet, including eight cold coues(four meat d...> See More

The really wonderful day begi at night, this saying is especially true in Luoyang. Although Luoyang is an ancient city with the profound ancient culture, the locals enjoy a colorful and fashionable nightlife particularly in recent yea. Luoyang is well-known for its low-priced snacks, you can taste the snacks along the street and in a short time you may get a full stomach. ...> See More