Lying across the Shandong Peninsula while looking out to the Yellow Sea, Qingdao is a major seaport, naval base, and industrial centre. It is also the site of the Tsingtao Brewery. The world's longest sea bridge, the Qingdao Haiwan Bridge, links the main urban area of Qingdao with Huangdao district, straddling the Jiaozhou Bay sea areas. 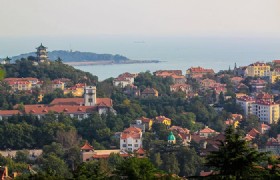 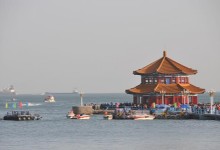 Qingdao Beer Museum is a beer culture themed museum set in the origina... 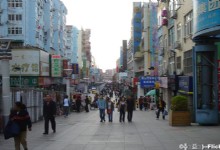 Taidong Pedestrain Street is one of Qingdao's most buzzing areas for s... 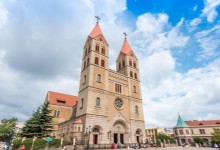 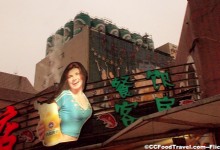 Qingdao Beer Street is a section of Dengzhou Road, where the former Ts...

Find maps of Qingdao, including Qingdao's regional location to other parts of China as well as . Our Qingdao travel guide ( includes weather, living, food, weather, transportation, etc.) has heaps of useful information and tips! > See More

Qinghai has a divee food scene, headlined by the ubiquitous home town beer Tsingtao. Taking advantage of its adjacency to the sea and northern geographic position, household dishes in Qinghai feature seafood as the main material or flavourings. Best Food in Qingdao Bayu: Cooked using the excellent mackerels (Bayu),Yingzhou Bayu has a history of more than 50 yea as...> See More

Compared to other cities such as Shanghai and Guangzhou, Qingdao nightlife is a little different. Qingdao has hundreds of ba, clubs, KTVs, & Discos that are open until the wee hou of the morning with live entertainment, DJs, and Dance. The local people like to go to ba, KTVs, pubs, teahouse, bowling alley, badminton gym or malls. There are in total 54 cinemas and theate...> See More