Qufu is located in the south of Shandong province. It is 135 kilometers away from its provincial capital – Jinan. To the north and east of Qufu are Mount Tai and Mount Yimeng, while to the south and west are Nafu and the Great Plain of Pingye. It covers an area of 896 sq km, and it has a population of 630,000. 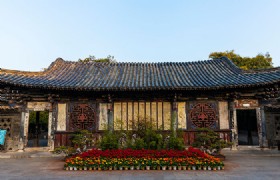 The Kong Family Maion was the historical residence of the direct desce... 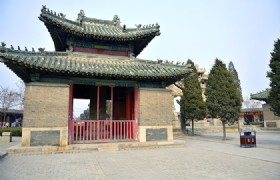 The Cemetery of Confucius is a special clan cemetery with the longest ... 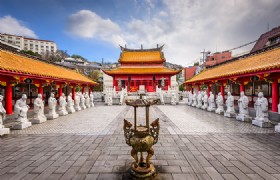 Confucian Temple, the former residence of Confucius, is the place for ...

Find maps of Qufu, including Qufu's regional location to other parts of China as well as . Our Qufu travel guide ( includes weather, living, food, weather, transportation, etc.) has heaps of useful information and tips! > See More

In Qufu, visito can buy their specialty products in two business districts. Located in the east side of Confucian temple,Queli street is a pedestrian tourist shopping street. Opened in 1984, it has become the most complete Qufu city's shopping area now.It mainly engaged in all kinds of Confucius souvenir such as Confucius books, Confucian food, rubbings, calligraphy, jade ...> See More

Qufu's food and cuisine is Lu Cuisine (Shangdong Cuisine).Visito can not miss traditional Confucius family cuisine.It's said that Confucius was picky about food and in great detail how each dish should be made. His descendents developed Confucian cuisine which tends to be light in flavour. Dai Zi Shang Chao:The dish mea emperor takes his son see the Majesty.It is made of duc...> See More