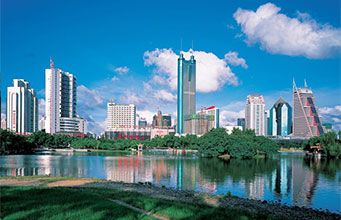 Shenzhen
Ideal M.I.C.E. Destination
KEY WORDS OF SHENZHEN：
New:"International Garden City"
Old:Rendezvous of Chinese Culture & Customs
Style:High quality & modernity.
Shenzhen
MICE Guide
2277KB
Shenzhen is one of China's most important tourist destinations and foreign exchange bases. Its pleasant seashore and well-preserved forests have made up for its lack of stately mountains and rivers, as well as the theme parks and tourism innovation, featuring city scenes, seaside sightseeing, folk culture, shopping and arts, earning the title of "International Garden City.“ Shenzhen is becoming one of the most popular destination for MICE. There are variety resources of the hotels and resorts: All kinds of brand hotel from 4 to 5 stars in different styles. Provides the choice space for all kinds of MICE activities which can meet the different needs of customers. There are variety choices of the indoor and outdoor venues. Is the ideal place to carry out team building, conferences and themed gala dinners. There are perfect supporting tourism and leisure resource and all kinds of theme scenic spot and golf resources. Shenzhen with its unique glamour is attracting more attention of MICE organizers domestically and internationally. 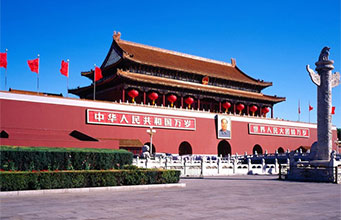 Beijing
Cultural M.I.C.E Destination
KEY WORDS OF BEIJING：
New:The modern capital of China.
Old:Unique Chinese Culture
Style:Cultural, Educational & Political center.
Beijing
MICE Guide
5426KB
Beijing, otherwise known as Peking , is the capital of the People's Republic of China and one of the most populous cities in the world, with a population of 19,612,368 as of 2010. Beijing is the country's political, cultural, educational center, and home to the headquarters for most of China's largest state-owned companies. Located in northern China, it borders Hebei Province to the north, west, south, and a small section to the east and Tianjin Municipality to the southeast. 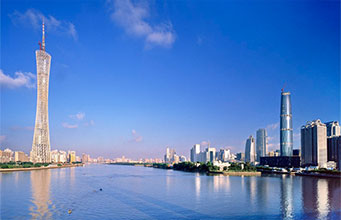 Guangzhou
Glamorous M.I.C.E. Destination
KEY WORDS OF GUANGZHOU：
New:“China's Southern Gateway”.
Old:Maritime Silk Road & center of Lingnan Culture.
Style:Gourmet Paradise & Shopping Heaven.
Guangzhou
MICE Guide
1624KB
Guangzhou is located in southern China in the north of the Pearl River Delta. It is Southern China's key transportation hub and trading port. Chinese Import and Export Commodities Fair is widely regarded as being 'The No.1 Exhibition in China' and remains a magnet for foreign visitors. With over 2,200 years history, Guangzhou is rich in antiquity, unique customs and deep cultural deposits. An ancient but dynamic city, Guangzhou impresses visitors with both its vivid modern ambience and unique traditional Lingnan indigenous culture. Reflecting the unique charm of a multi-cultural metropolis, the city's cultural influences can be seen from all aspects of its social life. Specific examples include cuisine, lifestyle, architecture, commerce, language, music, art, customs and entertainment. 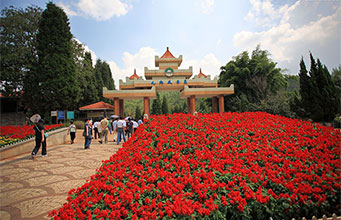 Kunming
Perfect Climate for M.I.C.E
KEY WORDS OF KUNMING：
New:Historical gateway to the Silk Road.
Old:Political, economical & cultural center of Yunnan.
Style:Center of Yunnan’s ethinic minority culture.
Kunming
MICE Guide
1312KB
Kunming, the capital of Yunnan Province is known as 'the City of Eternal Spring' for its pleasant climate and flowers blooming all year long. With a history of more than 2,400 years, it was once the gateway of the Silk Road that facilitated trade with Tibet, Sichuan, Myanmar and India. Today it is the political, economical and cultural center of Yunnan as well as the most popular tourist destination in southwest China. There are  more than 100 star rated hotels and a variety of 1,000 guest houses in the city, which provide visitors a great choice during their stay. 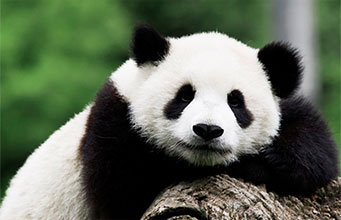 Located at the center of Sichuan province, Chengdu is the central city of southwest China. It is also the political, economic and cultural center of Sichuan. The State Council has positioned Chengdu as the high-tech center, business center, finance center, transport hub and communications hub for the southwest region. Therefore, making the city the trade center and a key tourism city for the west of China. These plans have laid a solid foundation for Chengdu becoming the MICE center. At the Chengdu Municipal Congress of the Communist Party of China held in 2003, a decision was made to build Chengdu into a MICE destination globally. Through several years of development, Chengdu's MICE industry has already become an important force for promoting economic development.

There are a number of festivals and events held in Chengdu each year with large numbers of participants and visitors. Trade exhibitions are of a large scale and have further added value to other MICE events. 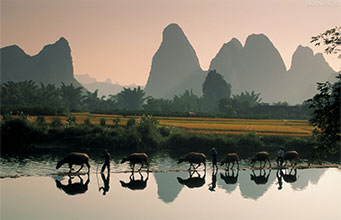 Guilin
Natural M.I.C.E Destination
KEY WORDS OF GUILIN：
New:The most beautiful landscape city.
Old:Queen of Song – Liu Sanjie
Style:Super excellent scenery.
Guilin
MICE Guide
2404KB
Guilin is regarded as one of the most picturesque cities in China. Situated in the northeastern part of Guangxi Zhuang Autonomous Region. Guilin has enjoyed the reputation of having the most fantastic natural landscapes not only in China but also abroad. Visiting Guilin and discovering its natural wonders, such as its magical green pinnacles, crystal-clear water, grotesque rocks and mysterious caves, Guilin can provide a never-ending journey for every visitor. 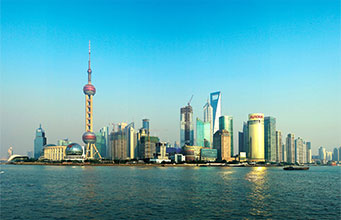 Shanghai
Modern M.I.C.E Destination
KEY WORDS OF SHANGHAI：
New:Most prosperous cosmopolitan in China.
Old:Architecture along The Bund.
Style:Architecture along The Bund.
Shanghai
MICE Guide
1925KB
Shanghai once attracted foreigners with its perfect combination of tradition and sophistication. Now, Shanghai is reawakening a wider world. In many ways, Shanghai is a Western invention. The Bund, its riverside area, and Frenchtown are the best places to see the remnants of its decadent colonial past. We can also move eyes to temples, gardens, bazaars and the striking architecture of the new Shanghai. It is a very modern city and there's convenient public transportation. Youcan travel around by bus, light rail and maglev. There are also two international airports- Hongqiao & Pudong airport. 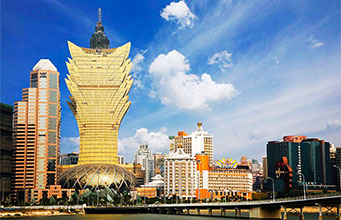 Macau
Sparkling M.I.C.E. Destination
KEY WORDS OF MACAU：
New:Asia’s newest & most exciting destination.
Old:Unique European Culture in China.
Style:A MICE Heaven & Asia’s Las Vegas
Macau
MICE Guide
2062KB
Macau is one of Asia’s newest and most exciting Business Tourism destinations, after a period of rapid and unprecedented infrastructure development. It is a city of great contrasts, only 29.7 km2 in size yet it is home to Asia’s largest fully integrated convention and exhibition centre. The city is also a world heritage stature that boasts one of the world’s most spectacular and modern skylines. Macau blends the rich traditions of Chinese and Portuguese cultures which is reflected in its lifestyle, food, restaurants, architecture and festivities. Macau has diversified its offerings to Business Tourism visitors and incentive travelers in recent years to provide designer shopping, luxury hotels and resorts as well as many more dining and entertainment options. Macau is an ideal incentive destination to reward the very best achievers, whether they want to be pampered at luxurious resorts, be entertained, engage in high adventure or to be part of an exhilarating team building programs. 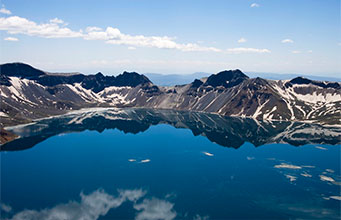 Changbai Mountain
Sparkling M.I.C.E. Destination
KEY WORDS OF CHANGBAI MOUNTAIN：
New:Luxury enjoyment at ski resorts.
Old:Traditional yet distinctive ski resorts.
Style:Traditional yet distinctive ski resorts.
Mt.Changbai
MICE Guide
4013KB
Changbai Mountain is located at the most northern section of China. It is situated in Jilin province. The mountain stretches across Jilin, Liaoning and Heilongjiang province, it is called the roof of northeastern China. The highest peak of Changbai Mountain is known as White Head Peak that is 2,750 meters high. It is also the top peak in northeastern China.

We are Member of